A Wizard for a Day - Timeless Thursdays 23

One of the biggest highlights from my 2018 Japan trip with my dear cousins was our day at the Universal Studios Japan in Osaka. I love theme parks but I extra love this one because of the Wizarding World of Harry Potter. Growing up in the 2000's, Harry Potter and his world has been a very big part of my childhood, teenage, and until now life! So this is literally stepping into a dream world for me and my cousins as well. 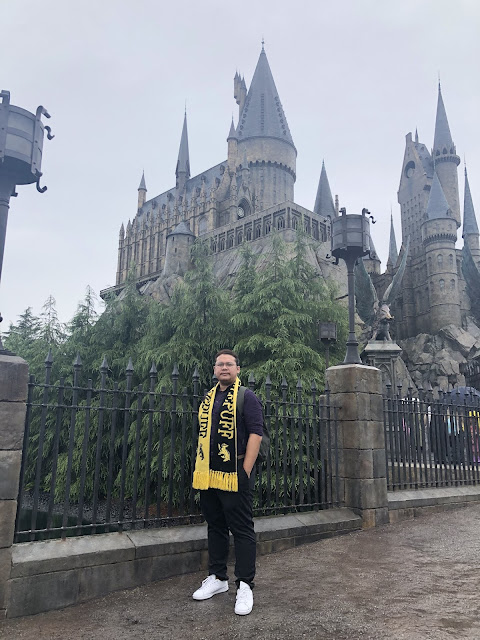 Me in front of the Hogwarts Castle
It was a very amazing experience for me. We started with the Hogwarts castle ride which I enjoyed so much despite the dialogues of the characters were all in Japanese. I was so lucky that my house scarf is still sold on the old design rather than the new one which I did not like. This trip to Japan was the beginning of my realization that there is no need to buy a lot of souvenirs from a trip, just one or two good ones are enough so I did save my pocket cash for this moment because I really want a scarf. 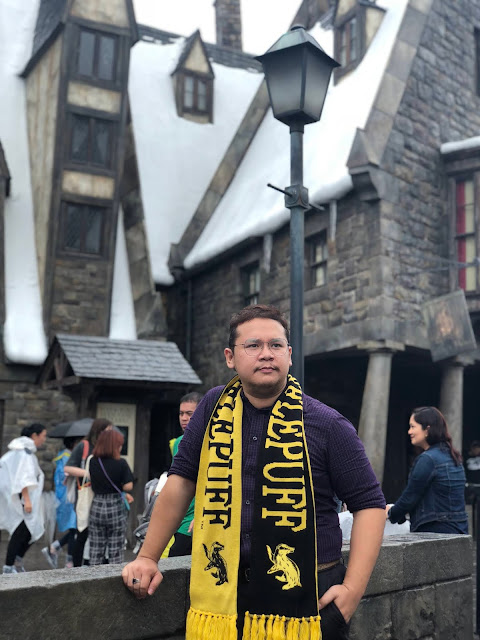 "Those patient Hufflepuffs are true And unafraid of toil!"
When I finally have hold of the scarf I just can't keep it away, well who cares right? I'm at Hogsmeade! (the village located beside the Hogwarts castle). To non-Potterhead readers, the Hogwarts school of Witchcraft and Wizardry has four houses. Gryffindor, the most famous one where Harry Potter and his friends are from, Slytherin, the antagonist house who favors pure-bloods. Ravenclaw houses the smart ones and then you have Hufflepuff, my house, who takes the lot. Much has been said about how inferior Hufflepuff is but I really associate myself with the traits of just, loyal, and hard-working which probably is the reason why I took about a hundred quizzes online and about 80% sorted me to the Yellow house. 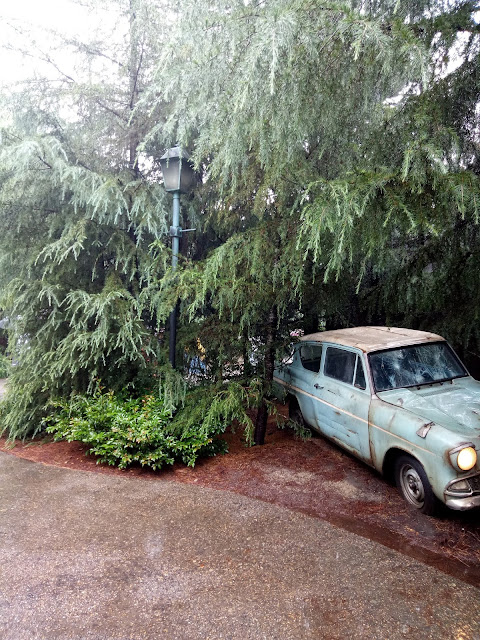 The Weasley's Family Car at the Forbidden Forest
As you enter the park from a long stretch of Pine trees that line up which is supposed to be the Forbidden Forest with remnants of the Weasley's Car, you will be welcomed by the arch to Hogsmeade's Village. Then on your left as you enter, you find the Hogwarts express that is supposed to take you to Hogwarts from the Platform 9 3/4 at King's Cross Station in London. 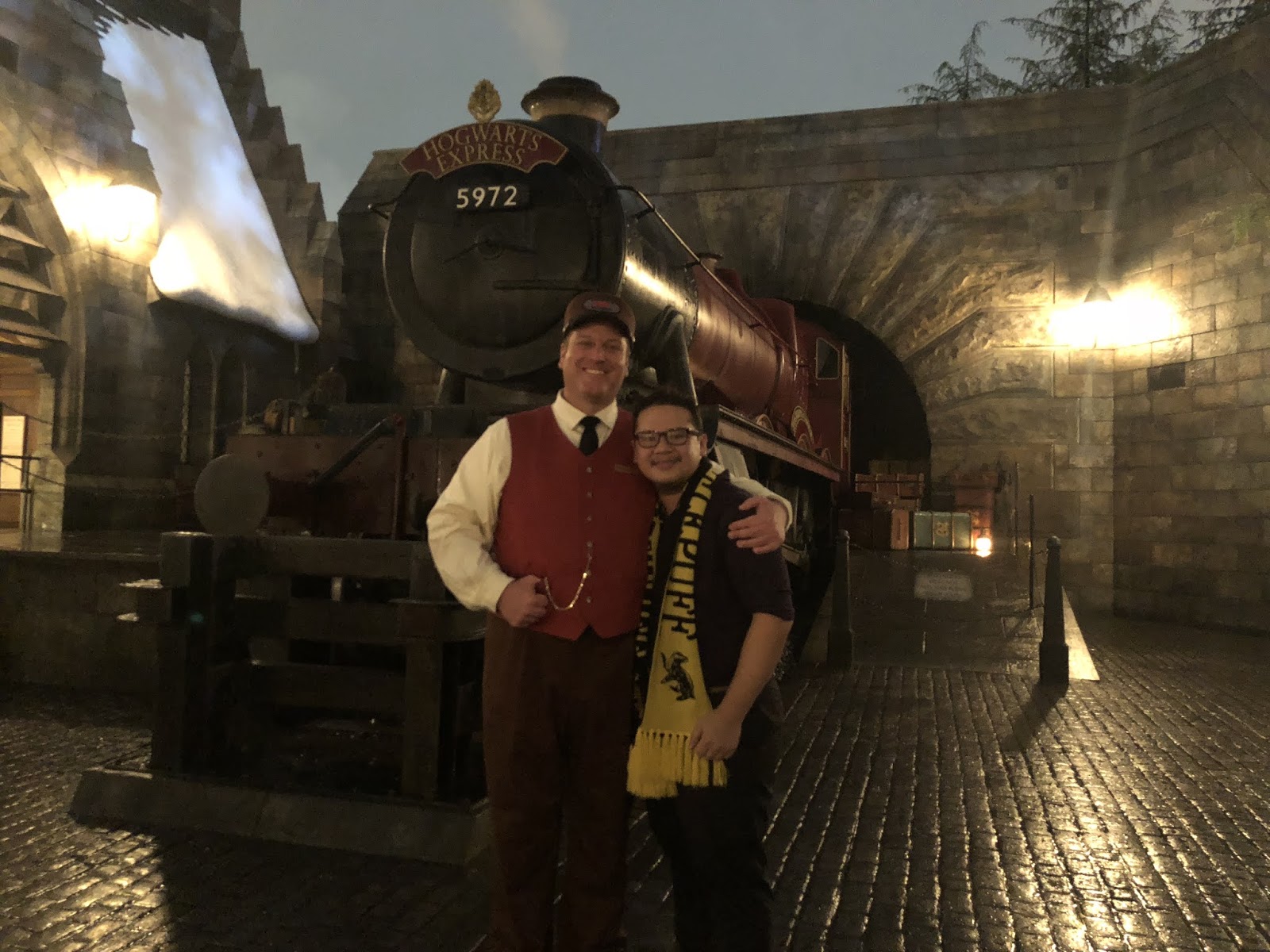 A photo with the Hogwarts Express Conductor. A big and friendly guy!
Real shops line up the village just like how it is on the movies, one of which is Olivander's where Harry and Hogwarts students mostly get their wands (they also sell wands out there of course for a fortune HAHA) But what one wonderful thing about the theme park is that the Characters on the park are all British/European yet they can speak very fluent Japanese, part of the requirements of the park for sure! 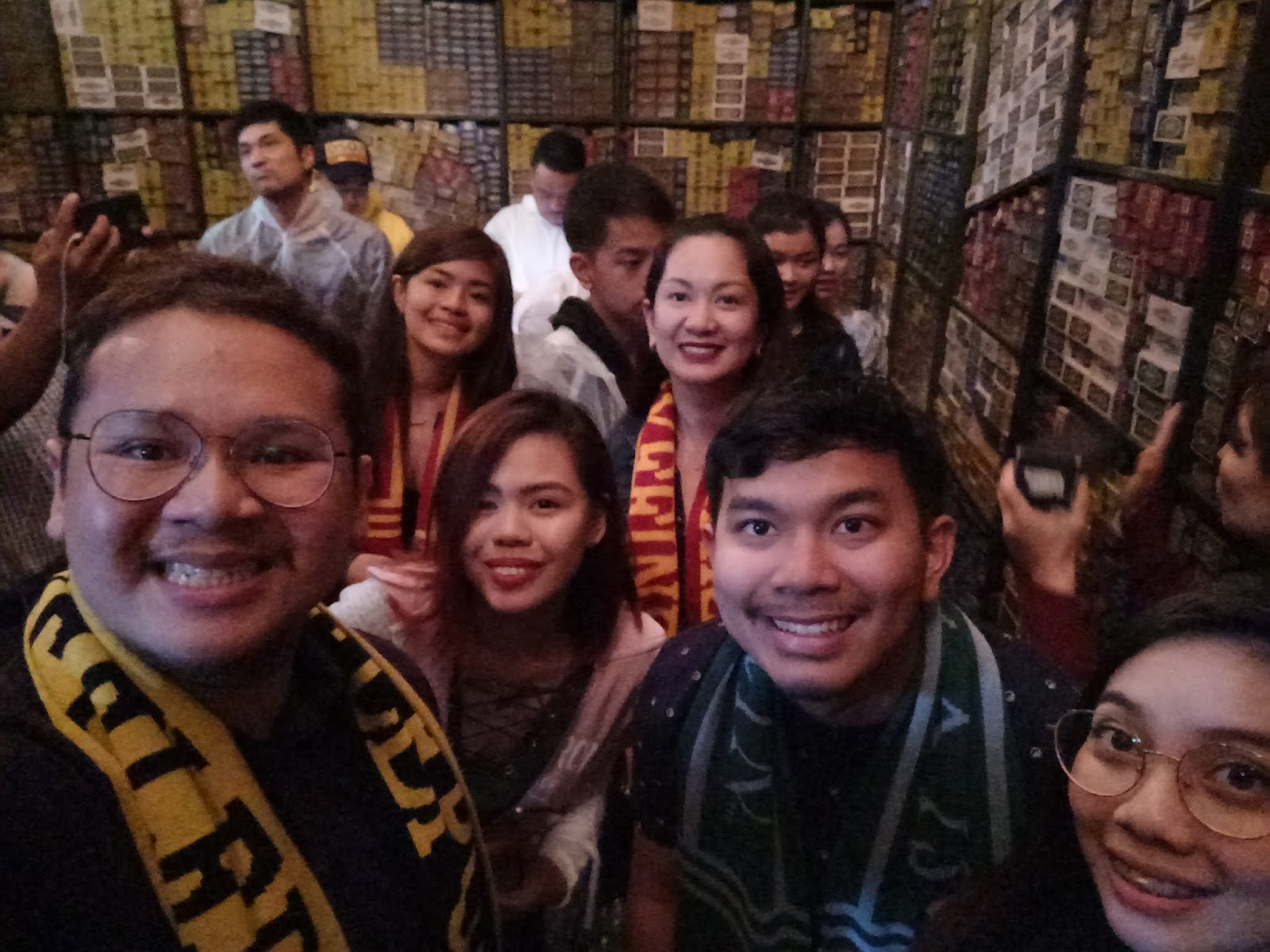 A poor lit photo of me and my cousins at Olivander's
Inside Gladrags Wizardwear, the salespeople are just extremely kind where they let us try out the cloaks even if we don't intend to buy them. Of course I did not miss my chance to have a photo of me taken with the Hufflepuff cloak. It felt so good to wear it like I was really part of the cast! 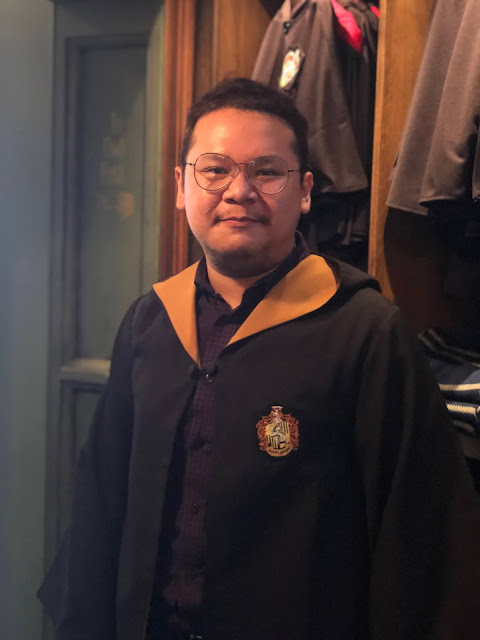 My "official" photo at Hogwarts.
Never Stop the Magic!
Stevenson
***
I would love to welcome and invite everyone to join Timeless Thursdays.