First of all, let me share you my newest blog banner at the top of my blog. I thought it looks cool to hand-write my banner so there it is! Thank you so much to my friend Kathleen, (yes the same Kathleen on my latest PROFILES segment), for vectorizing my penmanship into a digital image.
Once a cathedral built during the 16th century by the Portuguese, The Ruins of Saint Paul or the Ruínas de São Paulo in Portuguese, is now a landmark and a national symbol of Macau Special Administrative Region, China. Now listed as a UNESCO World Heritage Site, the facade of the Cathedral of Saint Paul is the only left atop the hill along the old complex. 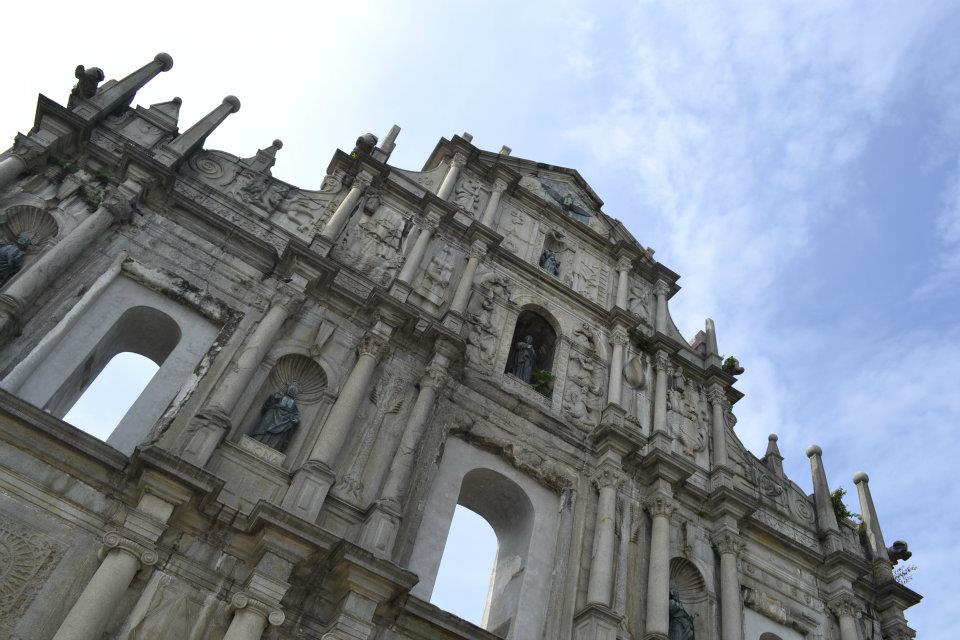 It was a sunny June day of 2012, from Galaxy hotel where we had our first lunch in Macau from Hong Kong, we took a cab that went straight from Taipa to Macau which is on mainland China. It is connected by very long bridges to and from Macau and Taipa. In the heart of the city, the Senado Square is Located. It is a beautiful town square wherein the original colonial buildings are still conserved and in use up to this moment. 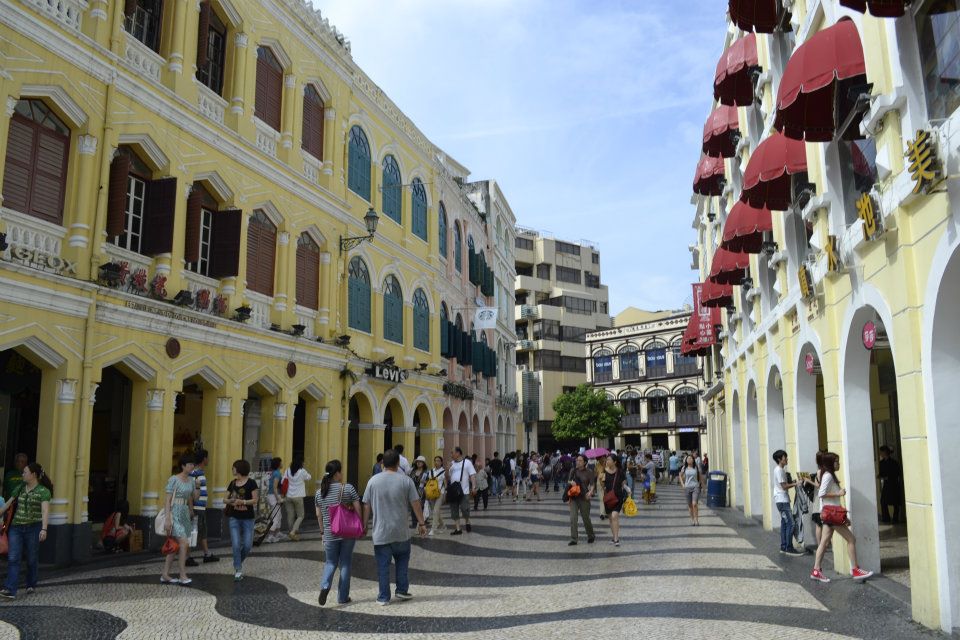 The Senado Square at Midday

The square is paved with small decorated tiles all the way up to the alleys leading to the ruins at the top of the hill. One of the buildings that are featured in the Senate Square is the Leal Senado Building or the loyal senate in Portuguese. It was erected at 1774 with the administration of Portuguese people and when Macau was turned over to China, it became the headquarters of the Institute of Civic & Municipal Affairs.
As you trudge through the paved ways that gradually gets higher and higher, the first thing that you will pass by just before the avenida becomes alleyways is the Santo Domingo Church. It is a big church painted in yellow which I shall be featuring on my next posts. And tons of shops and outlets from Levis to Giordano to Adidas are lined up beautifully along the way. 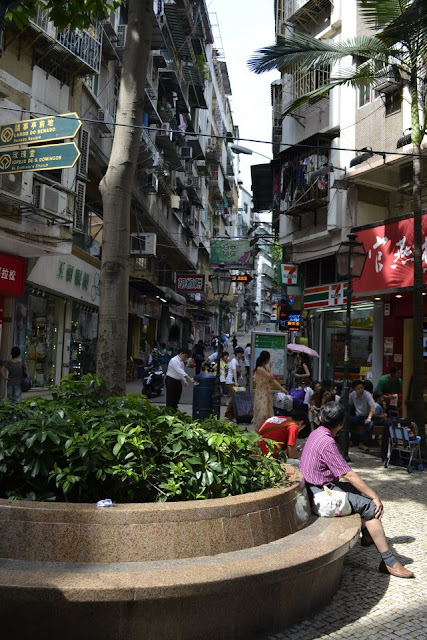 Some of the little crossings along the alleys that lead to the Ruins.
Aside from these big shops of popular brands, a lot of smaller stores also are lining up as the alleys become higher and higher, smaller and smaller. As people crowd up, it means you are getting closer and closer
Though there are crossroads along the way, it is not that hard to reach the ruins because signs are posted along the road all in Chinese characters, Portuguese and English Language. Along the way, as you pass the cookie and beef jerky shops, one little stall you will surely notice because of the people that line up is the Turkish man's store! He serves fresh and authentic Turkish ice cream that everybody seams to love! (I failed to have a taste of it because of the crowd! Maybe when I get to Istanbul someday) 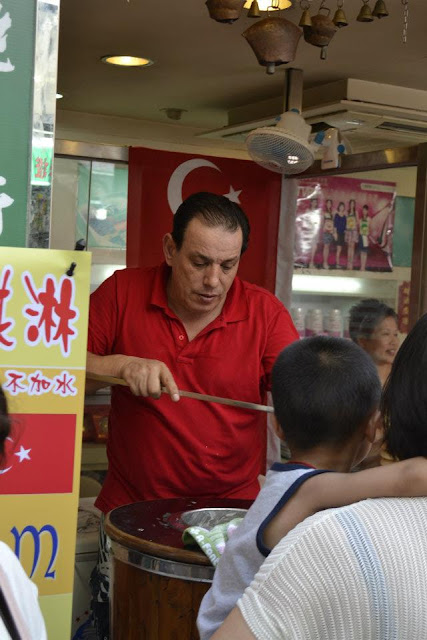 Turkish Man selling his Ice Cream.
As the road gets very narrow and the shops seem to sandwich you along the way, you can now see it straight. As it gets bigger and bigger to sight, you get closer and closer to the ruins. It's a beautiful sight to see and as to most landmarks, I told myself "Wow! Now I'm in Macau!". It was beautiful and the feeling is just so rewarding! That after miles and miles and a few hundred yards of walking, I'm there, I reached the top! 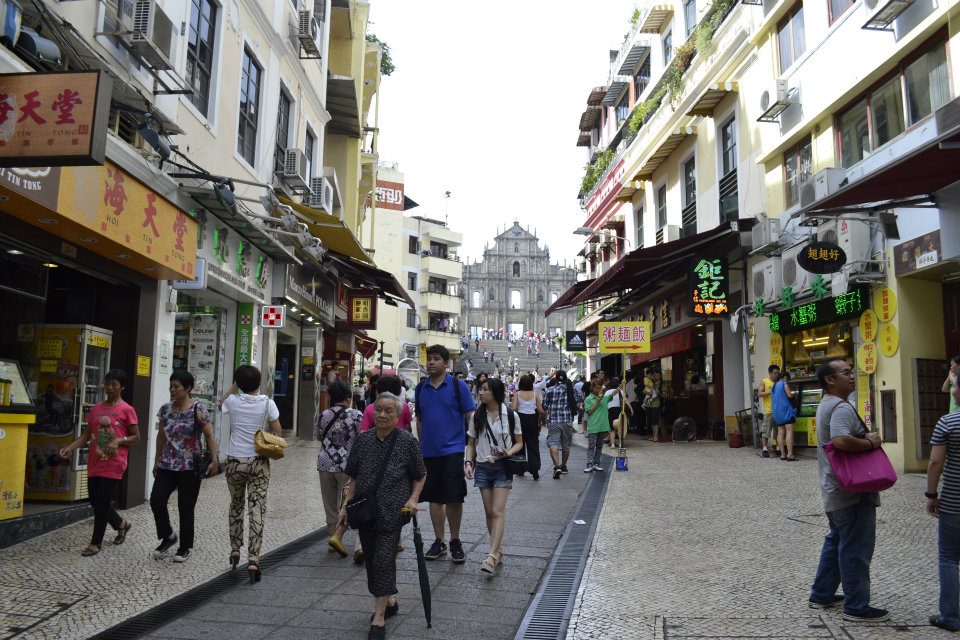 The view from the Ruins from beyond. It gets closer and closer and closer.
Never will I forget this trip especially this very moment that I have shared with you! Macau truly is enchanting, a natural concoction of east and west over a period of Time. Macau is just magical, it was 8 years ago, and surely it still is at the moment. Wish I can go back someday. 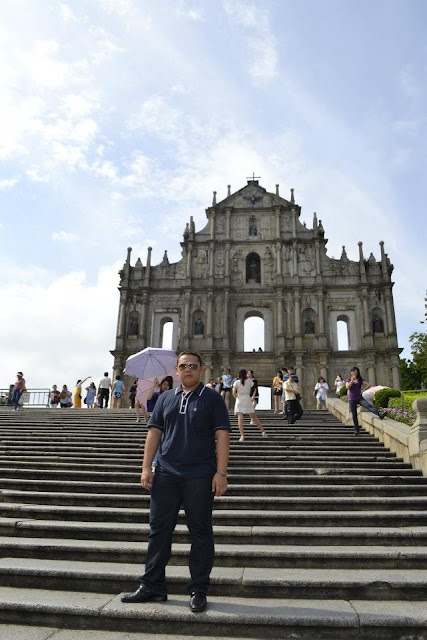 Me at the Ruinas de Sao Paolo.
Never Stop Exploring!
Steven
***
I would love to welcome and invite everyone to join Timeless Thursdays.