Once Upon a Time in Beijing 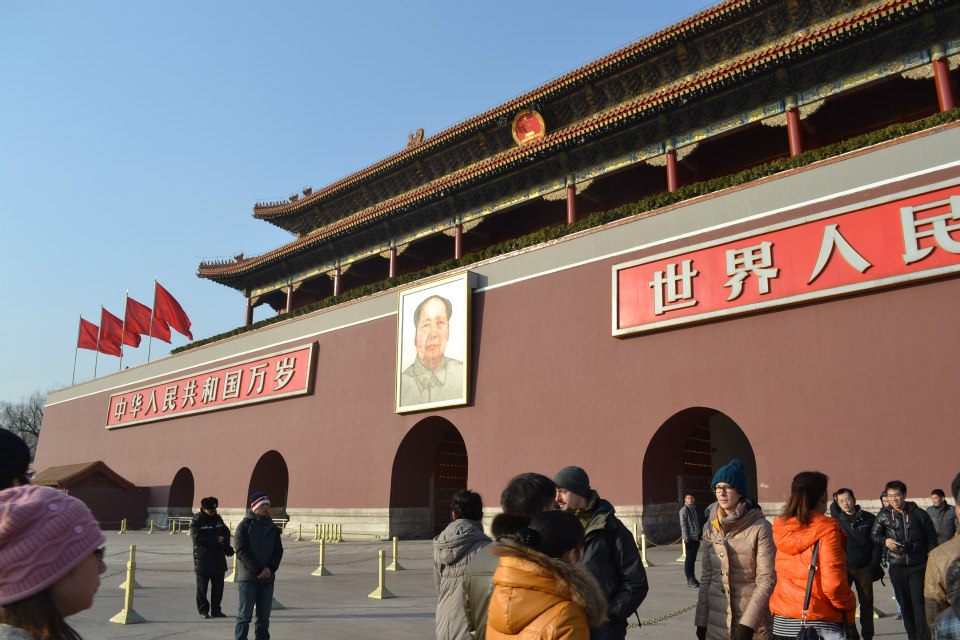 Last January 9-12, 2013, a new country has been added to my list - it was country number 7, another dream came to life! Together with my Dad and my cousin Ate Judy, we went to China seven years ago. China will always be extra special for us because our grandfather is Pure Chinese. though he is from the south of China, it was still magical to be able to visit his country, and in some ways, our country.

The first destination we have been to, Forbidden City. Located in the Tienanmen part of Beijing, Forbidden City has been one of the symbols of Beijing and of China. It was the imperial Palace of China during the Ming Dynasty up to the end of the Qing Dynasty. For half a millennium  the palace served as the home for the emperors and the whole of his household. 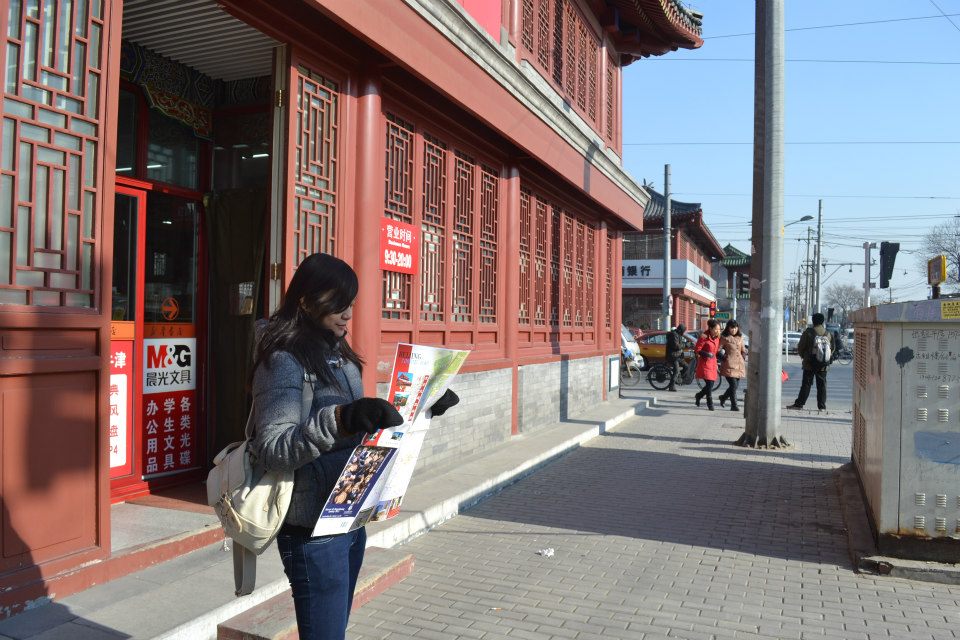 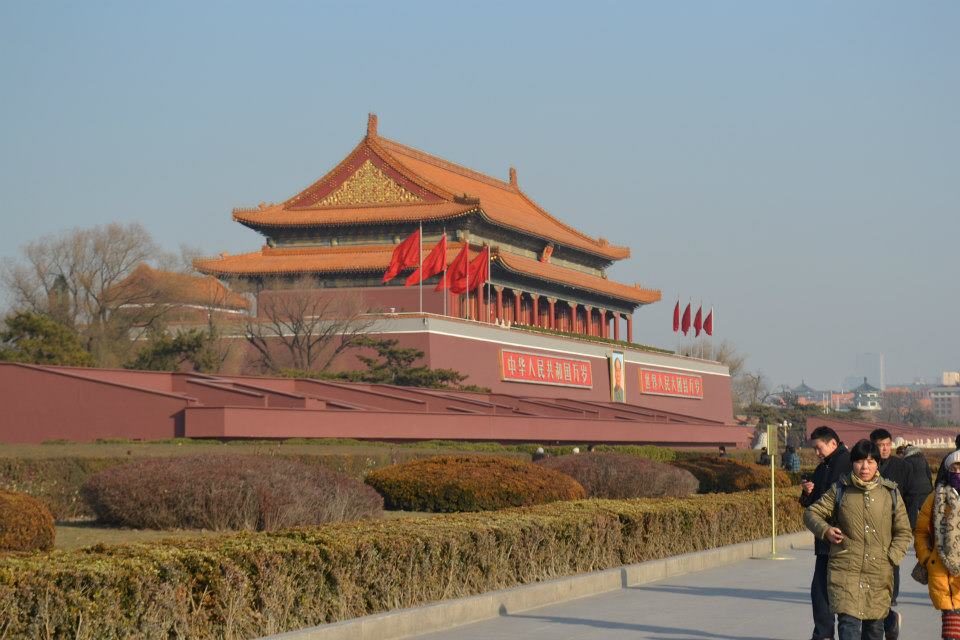 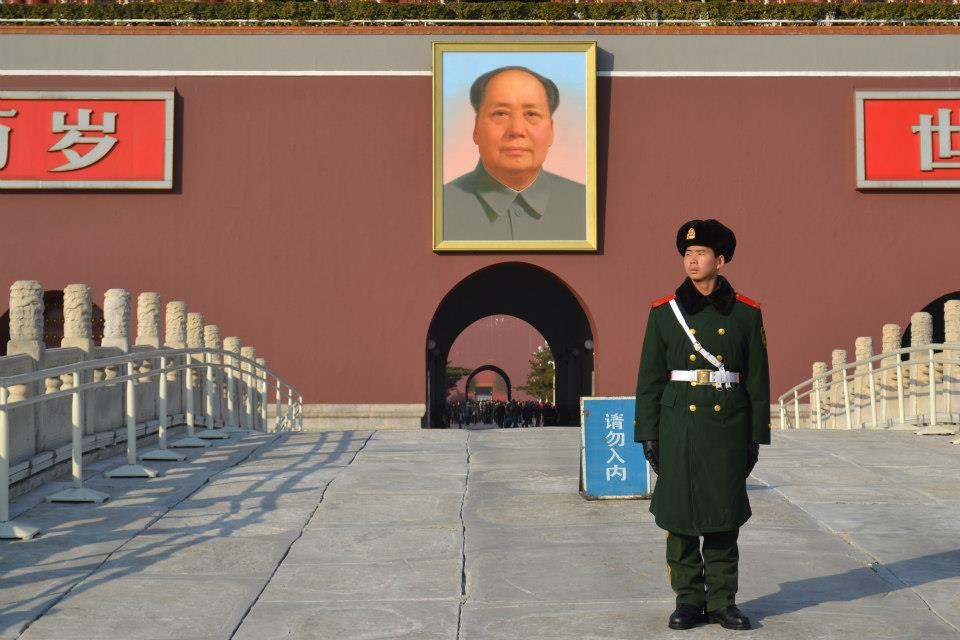 The guards are standing firm, guarding over the gates and looking after the tourists. People were flocking on their way to pass the first gate to get inside. Through the first two gate, it is free until you reach the Meridian Gate. Everywhere you look is picture worthy! 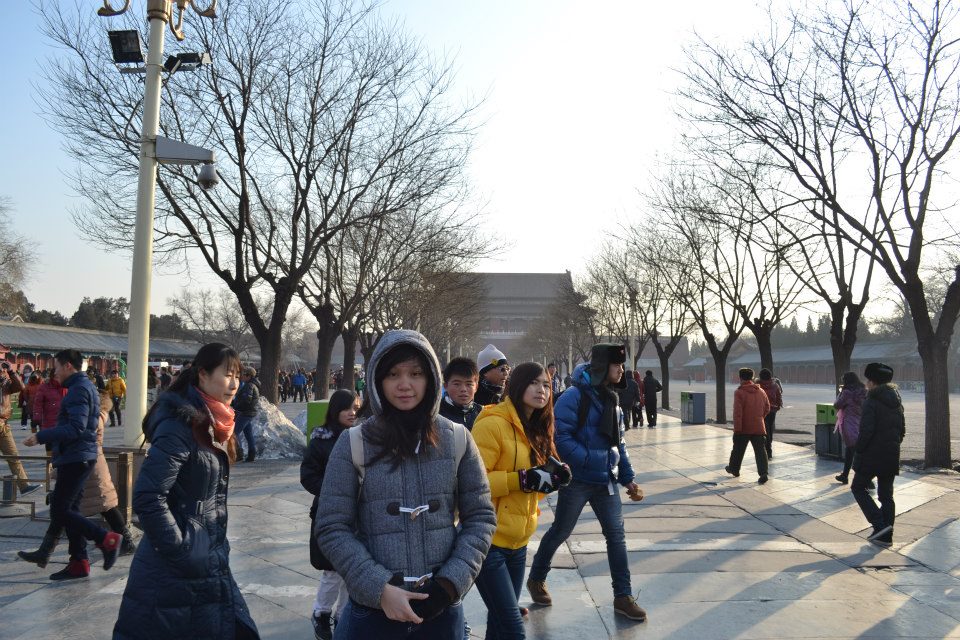 Beijing really is cold in the Winter but as they call it, the city enjoys a Sunny Winter where the suns rays feel mild and comfortable even in negative temperature. But the nights were really cold, which I LOOOVE! I am always a lover of colder weather than the hot ones we have on Philippine Summers! I Love the Philippines but if I would omit something about life here, it's the very hot Summer nights which is so hard for me personally!

We went through and through and took many pictures until we saw this vendor selling hats. I talked to him and we got it for 80 RMB. We bought two of the hats, one for me and another for my Dad. But while we were waiting for change for our 200 RMB, the tourist police went straight in front of us and confiscated all the hats being sold by the vendor. It was full of action and I can't help but feel sorry for the guy so I did not get the change. I don't know if it was a front by the vendor and the police but well, I got the hats. 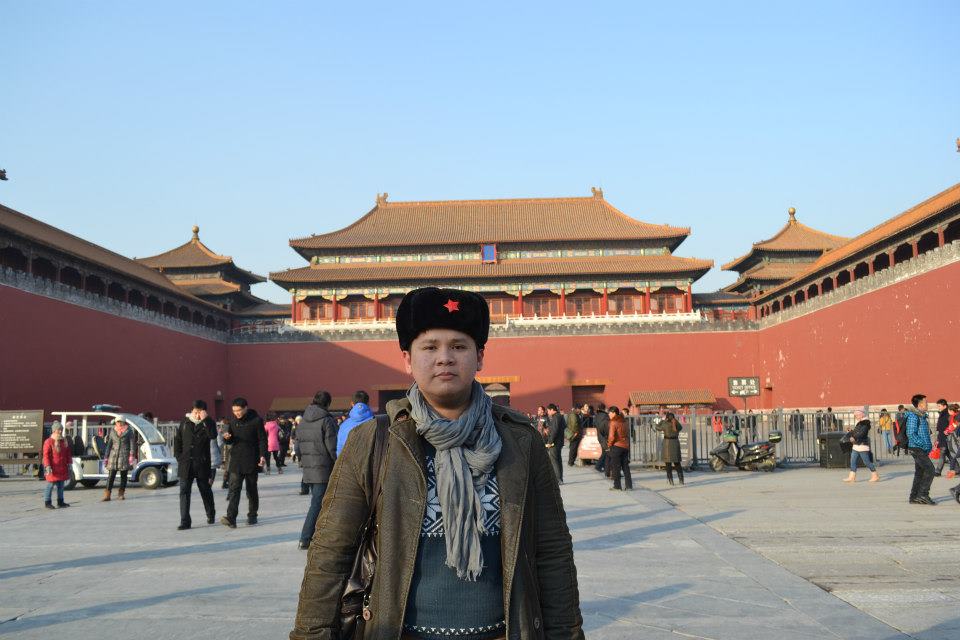 Me at the Meridian Gate.

Oh! Here's a little something about my outfit. I was wearing a cotton undershirt inside my Navy Terranova woven long sleeve cardigan which I got from SM Mall of Asia. The gray scarf was also from Terranova and the thick trench coat I wore all five Beijing days is from Esprit. I was wearing black leather work-boots and my favorite brown leather bag which carried most of my things including my Nikon camera which was really heavy. 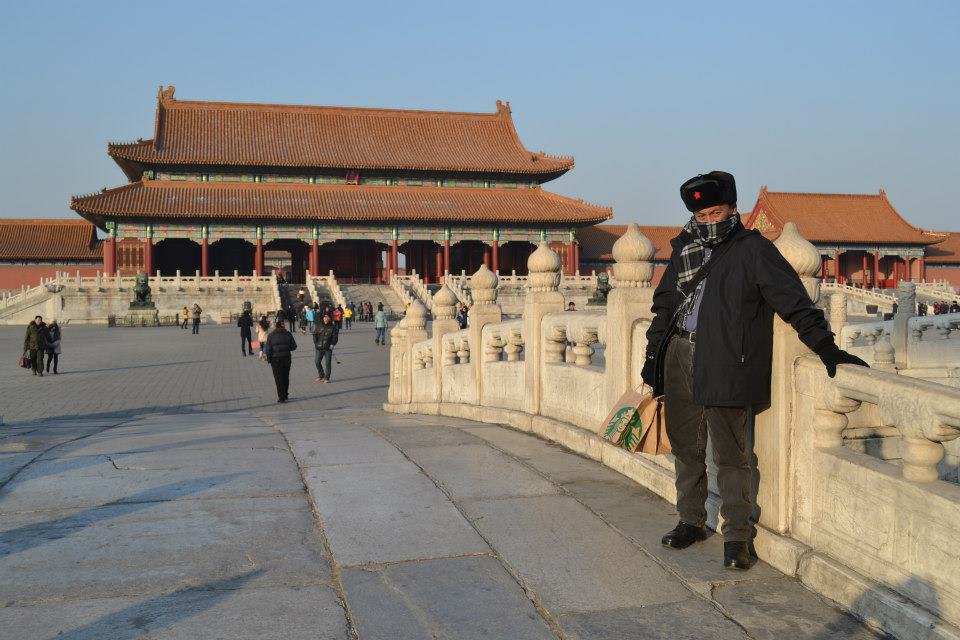 Some people say, those who have been there, that Beijing people are not that friendly or even at times, rude. But for me, I did not have my share of those Beijing people because each and every Beijing local I talked to, bought to, were nice and warm. They may not be as friendly as the Filipinos, as refined as the Japanese, or as warm as the Thais, a lot of them were nice. They may not smile at you usually or even look at you, it was the product of their daily battles in life which made them stronger and wiser as they are today! 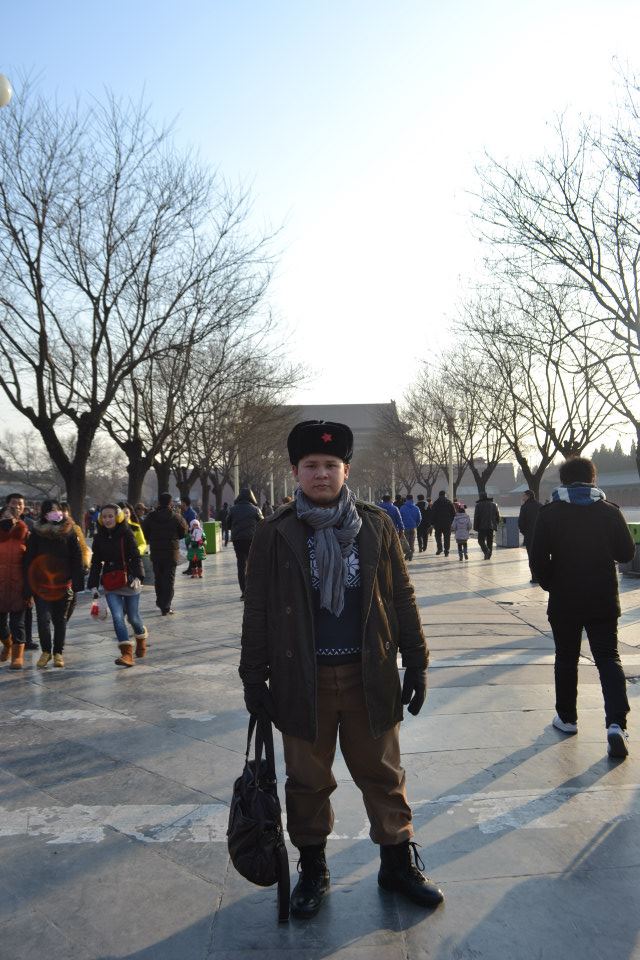 This post is part of Our World Tuesday, Travel Tuesday, and Betty's My Corner of the World.
By Stevenson Q