Around half a kilometer stretch across the Vltava River of Czechia is a stone bridge that is called Charles Bridge. It was built for almost 50 years under the orders of King Charles IV, King of Bohemia and the first Bohemian King to become Holy Roman Emperor. Let me share some of the shots I took while I was on the bridge and around its area. 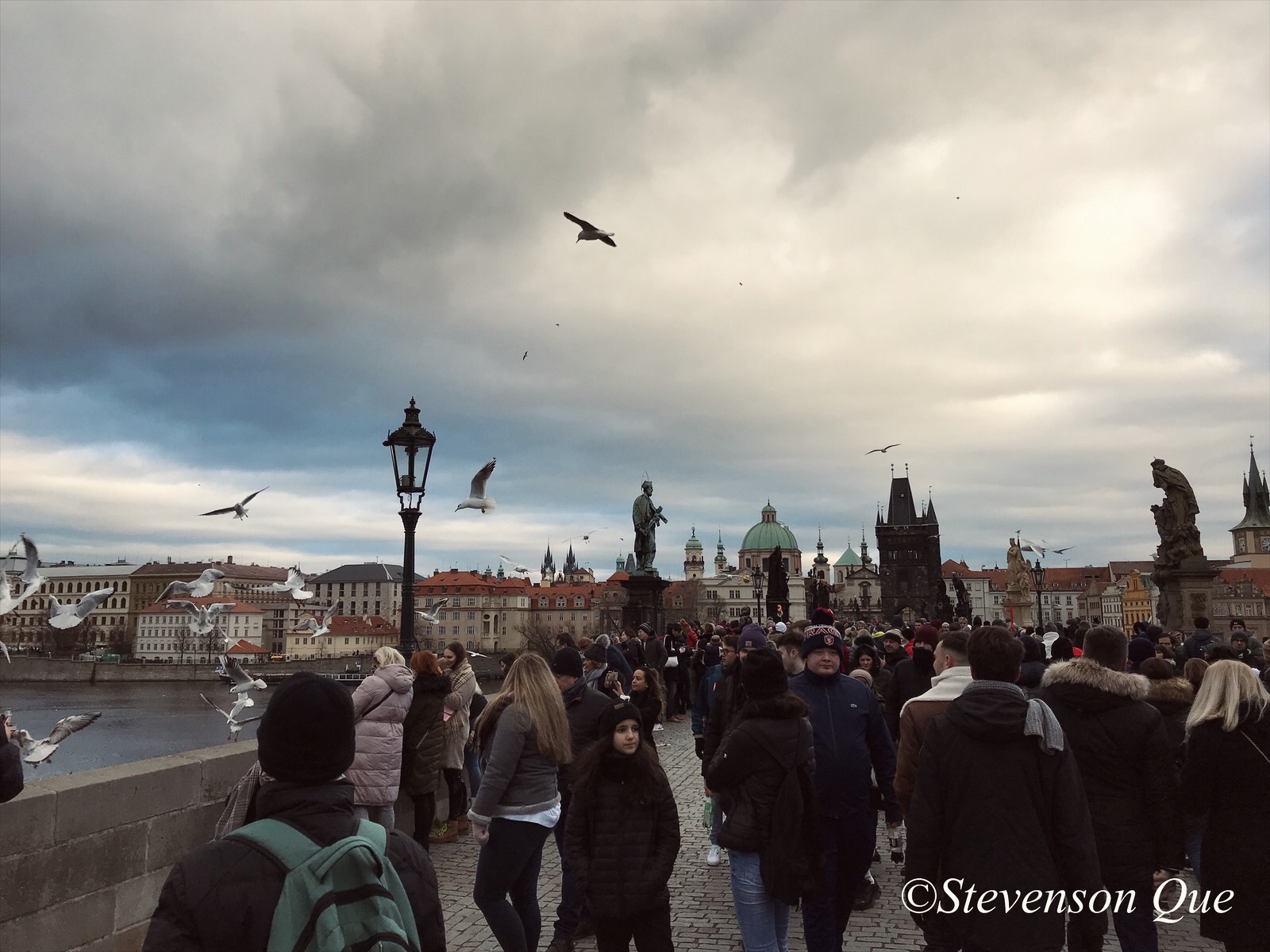 
This post is part of Skywatch Friday. Click the image link below to see more skies around the world!

Ever since I saw Linkin Park's Numb music video when I was in late high school, I already grew curious about Prague, specifically this beautiful bridge where some of the video's scenes were taken. I was dark and eerie and beautiful. Since then, it has driven me to dream about this magical bridge and last December, I was there, walking along its path and wandering in awe. 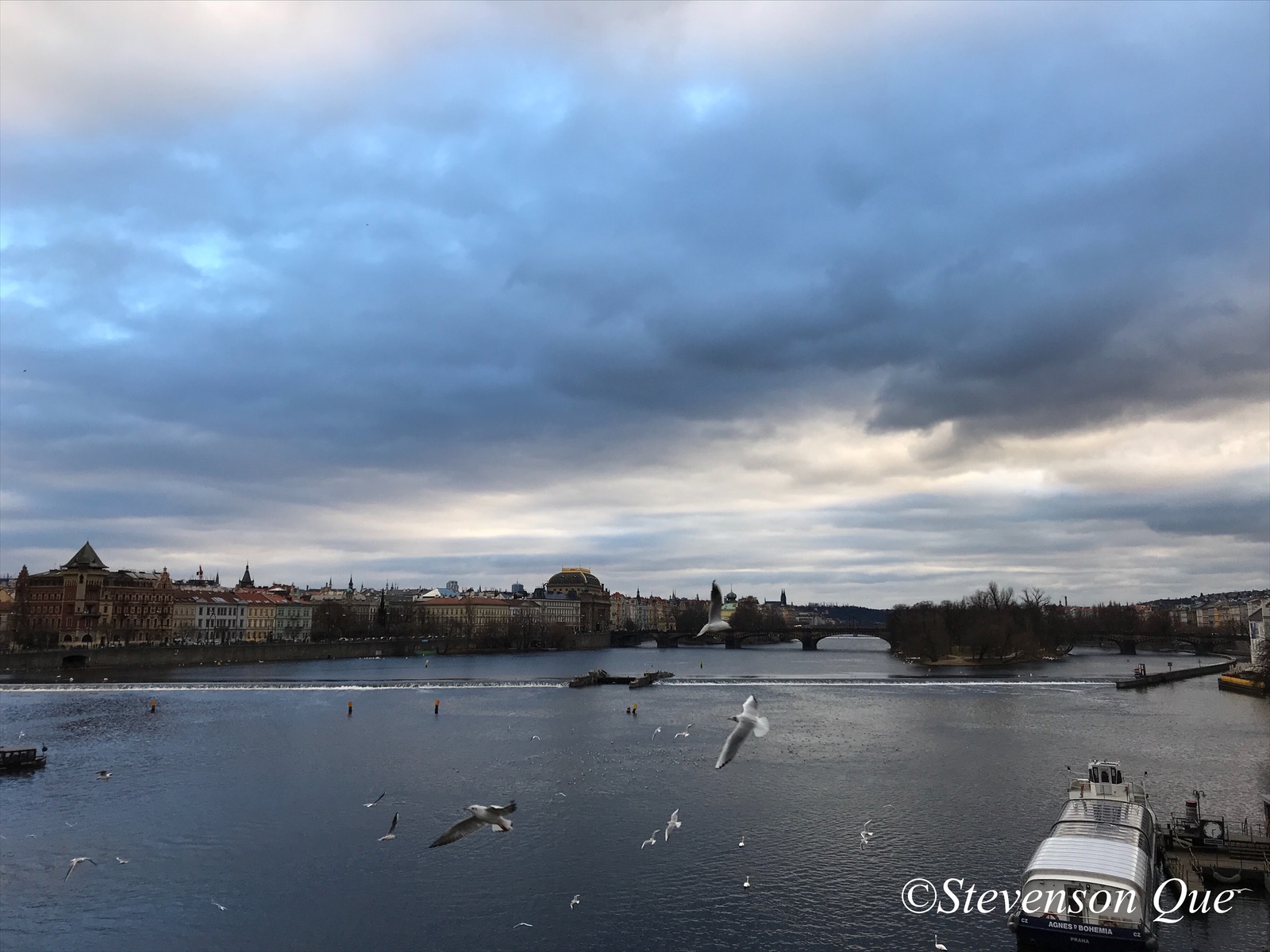 Charles Bridge as seen from Manesův Most 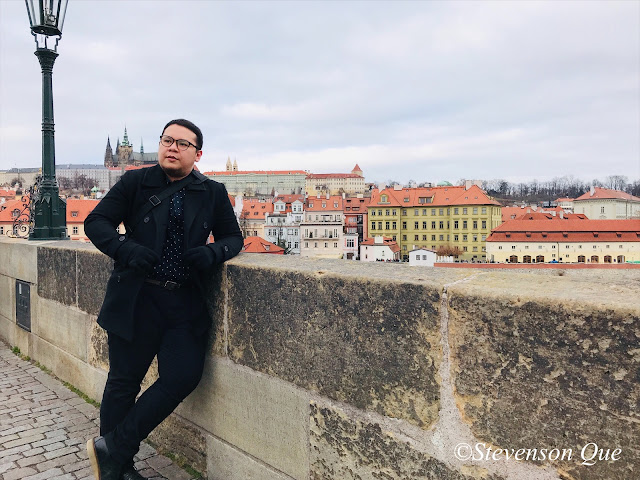 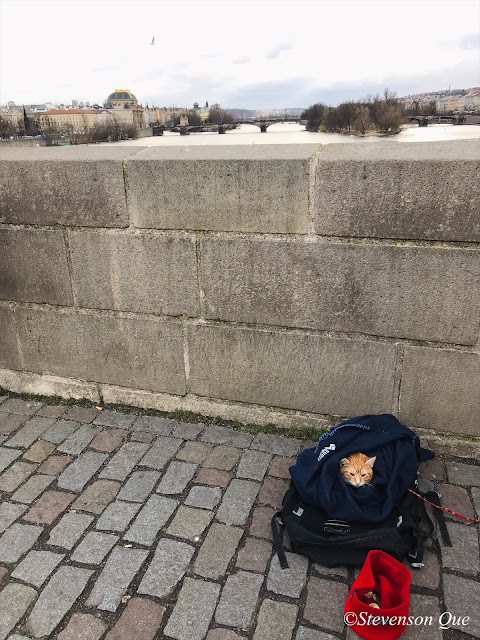 Known to be one of the most famous symbols not just of Prague but of the whole Czech Republic, Charles Bridge or Karlův Most features 30 statues and statuettes which depicts religious personas of the Catholic Church including Jesus Christ, Virgin Mary, and other biblical figures and Catholic Saints. What we see now are just replicas of these Baroque statues that are mostly made from dark stones. (Left photo by my cousin Carmina) 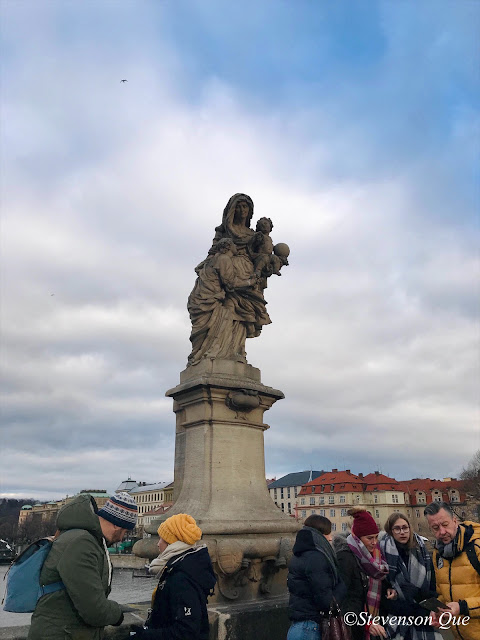 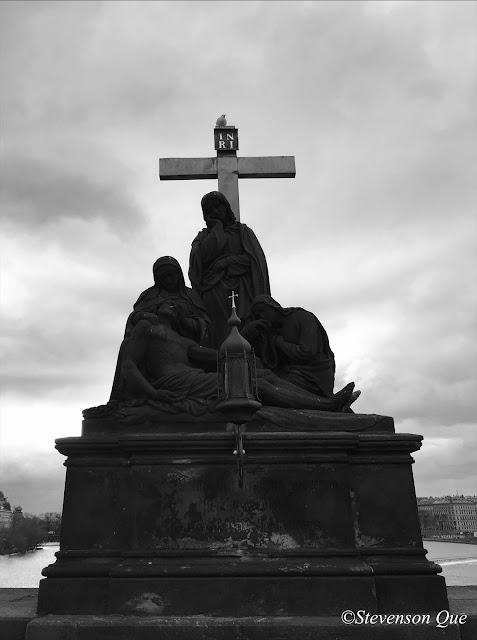 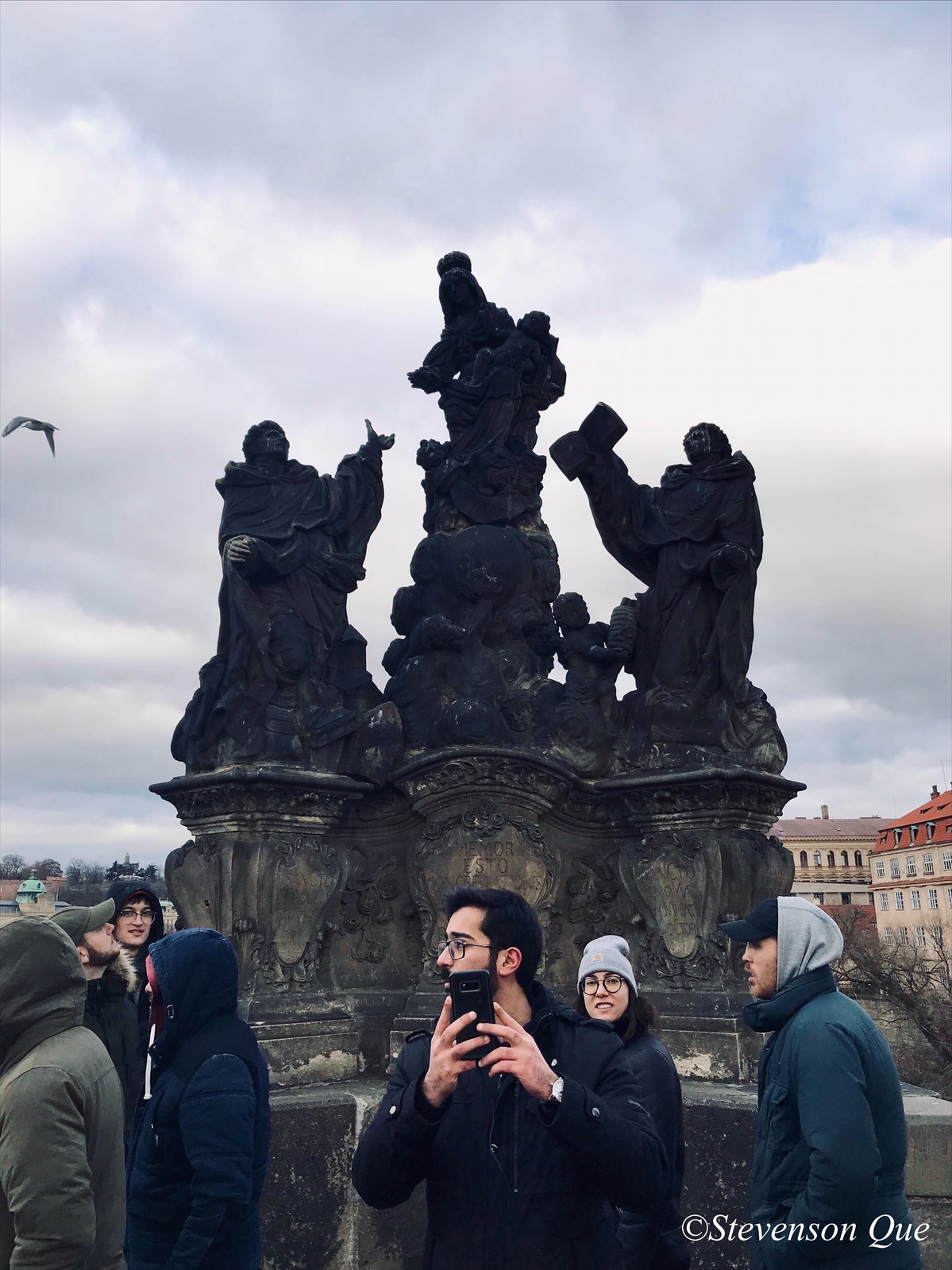 Installed in 1683 was the statue of Saint John of Nepomuk. He is the patron saint of Bohemia and even has patronage in some cities and towns in the Philippines.Saint John is known as the first martyr of the Seal of Confessional. On this site at the Bridge, he was drowned by the orders of King Charles or Wenceslaus, King of the Romans and King of Bohemia, after he refuse to expose what the Queen has confessed to him. 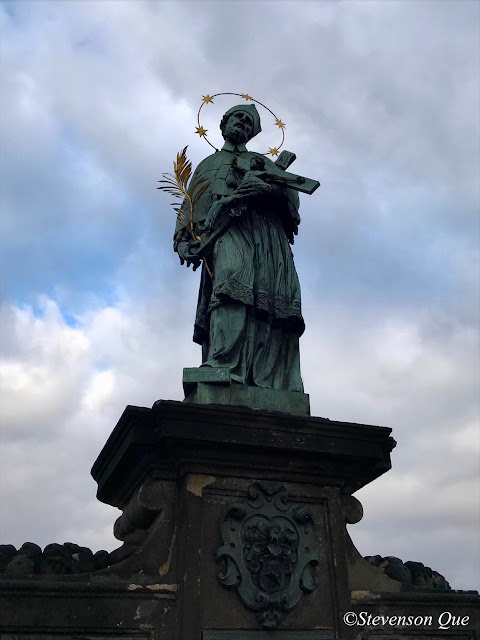 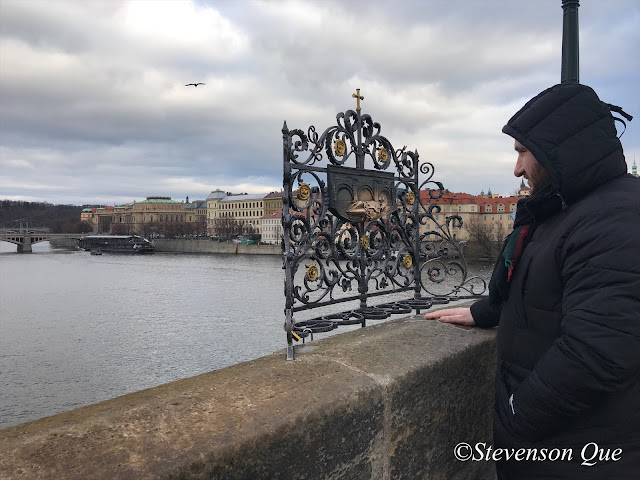 Aside from his statue, a specific pilgrimage spot has been dedicated to Saint John of Nepomuk which serves as a shrine where he was believed to be thrown away to drown and die. A brass sculpture is rubbed while the pilgrims pray and remember the Saint. 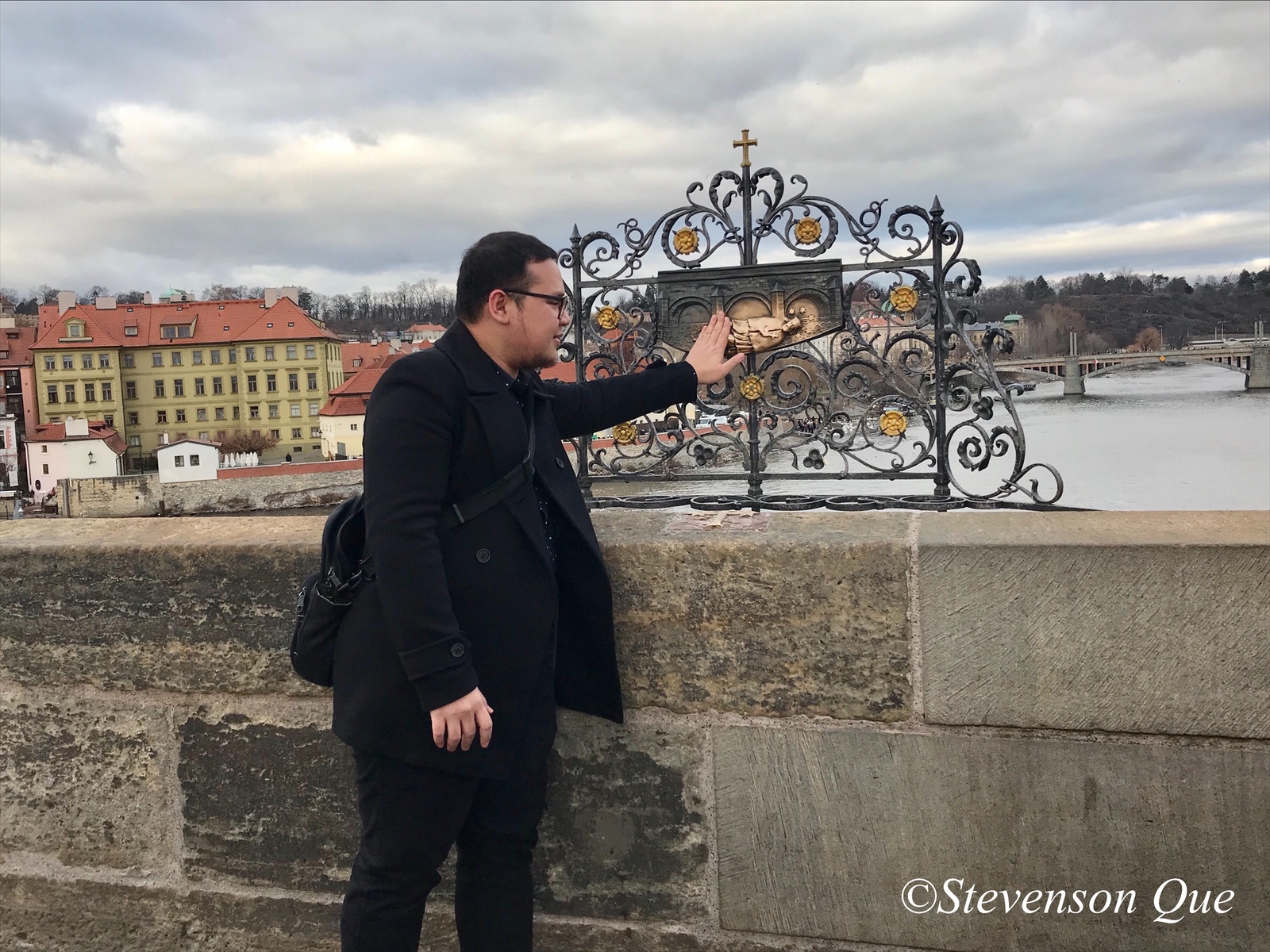 Walking along the Saint Charles bridge on a -2 degree Celsius morning was a beautiful and unforgettable experience. I know all of the European cities are big dreams that came true on that trip but this specific memory is just so vivid because of the feels I have felt while I was there. Let me thank my cousin Carmina for being with me on this beautiful city and walking along the historic stones of Karluv Most. I'll forever be grateful! 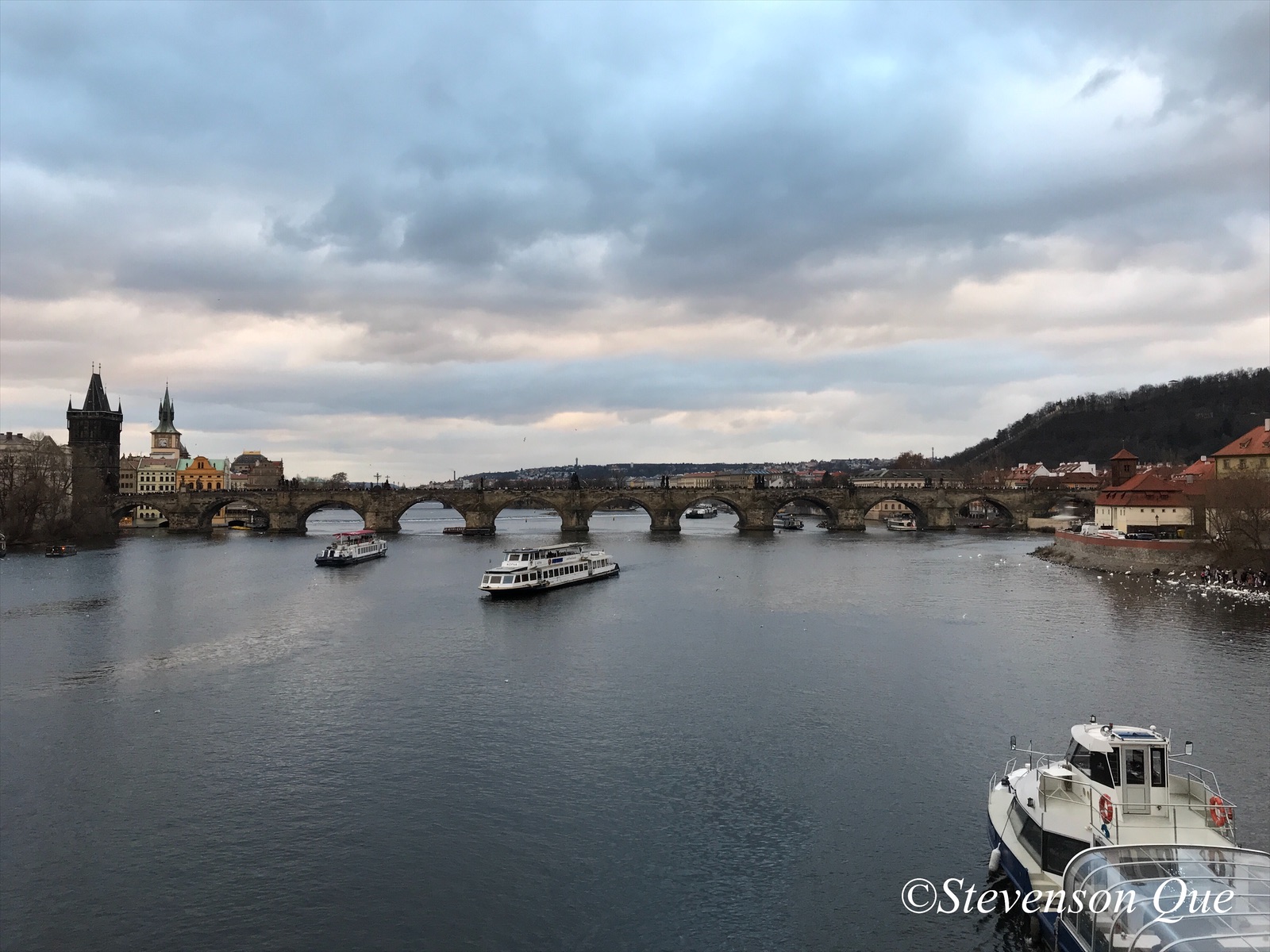 ***
I would love to welcome and invite everyone to join this new Linky that I thought of starting - Timeless Thursdays. (Bear with me for any short-comings, this is my first link ever)

Timeless Thursdays is open for anyone who wishes to share old photos or old thoughts that you would like to share as beautiful memories with everyone. This can be from yesterday, a year ago, or something from your grandma's treasure chest.
This runs every Thursday at 12 am (Manila/Perth Time) until Monday the same time (12 am)

You are invited to the Inlinkz link party!
Click here to enter
By Stevenson Q