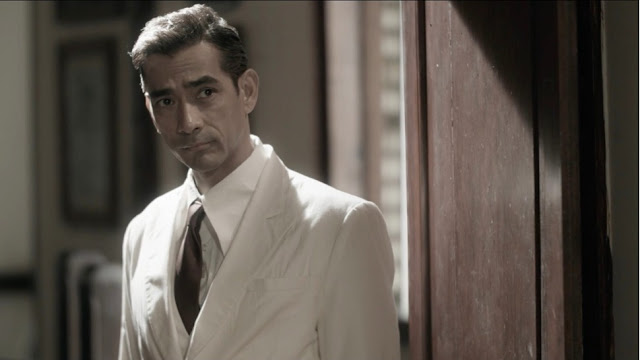 
We feel really good whenever we watch superhero movies whenever we see them fly, fight the enemies and bring down the rivals, don't we? But have you ever wonder how it feels when we are the heroes? When the Filipinos that lived before us, people of our blood, are the ones that saved humanity?

Directed by Matthew E. Rosen, Quezon's Game was set in the late 1930s wherein the Philippines are in transitive time to full independence from the United States of America. Everything was peaceful in the islands that time but something cruel has been happening to the Jews on the other side of the world. Thousands are being contained in concentration camps or the ghettos by Nazi Germany willing to take over the world and started by cleansing humanity through their inhumane plans to massively kill the Jews.

During the time, Philippine President Manuel L. Quezon (played by Raymond Bagatsing) worked together with his friends to do something and make a difference not just for his country but to humanity and hopefully save thousands of lives that are bound to be killed by the Nazis. Manuel Quezon made me so proud because he was not just being a good president nor an exemplary Filipino, but he showed how it was to be a Global Citizen even before the concept has been introduced. Through his voice and his friends' strong support, they were able to save more than 1,200 jews across Europe, letting them into the homes and the hearts of the Filipinos. 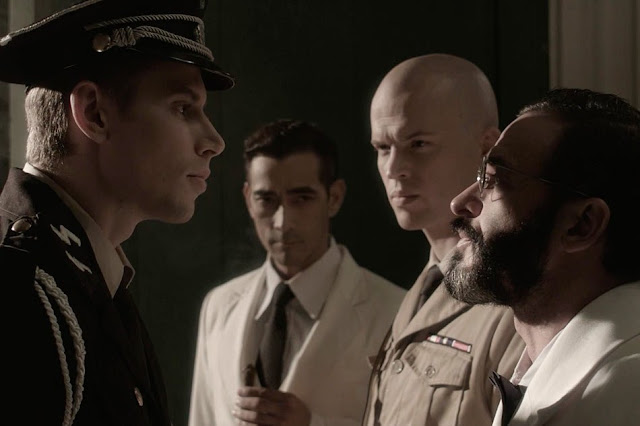 
In this very crucial times, Quezon's Game tells us the importance of knowing who we truly are as Filipinos. As per Dwight Eisenhower's words on the movie, Filipinos are "sentimental and nationalistic" and this explains all of the battles that were fought by our early heroes. We live for this nation, we live for humanity. Not really idolizing a certain person of power but fighting for the rights of every Filipino citizen. But this movie goes beyond that, it goes beyond nationalism, it's about the Filipino's stand for humanity.

This movie really made me ask, who are our true friends? And if we do have enemies, who are they? Can we group these people by the people they serve or the blood that runs through their systems? Quezon's Game also showed me the multiple kinds of Americans, no matter if they belong to the same race, but the kind that we can classify through the views that they believe in. 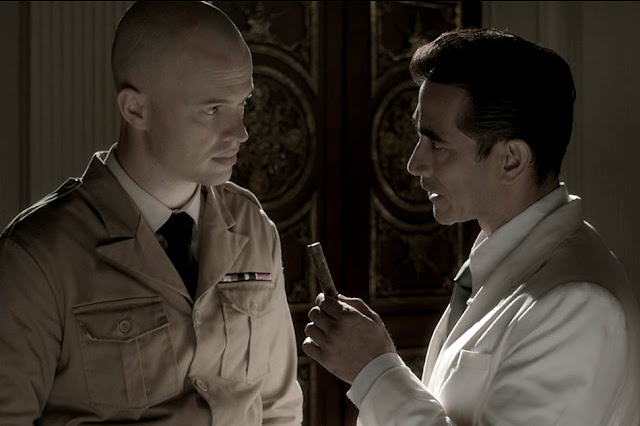 Bagatsing showed both power and sensitivity that were needed by the portrayal of Quezon. Alejandro's portrayal of Aurora was subtle but firm and composed yet gives a shower of emotion whenever the scene asks to. The foreign casts were applaudable and made amazing personifications of these historical figures that we know little about.

Quezon's Game won several awards across the globe including Best Actor (Raymond Bagatsing), Best Actress (Rachel Alejandro), Best Supporting Actor (Billy Ray Gallion, and Best Director (Matthew Rosen) on the 2018 Cinema World Fest Awards at Ottawa, Canada and Best Foreign Movie at the 2019 WorldFest-Houston International Film Festival at Houston, Texas. The cast were amazing, probably added so much more meaning to the characters and situations that they are in.

So I ask you, we spend hundreds or thousands of pesos on movie tickets to watch our favorite Marvel Superheroes save the world, should you spend a few hundred to watch how yourself, a Filipino, were ones a hero not just for this country but for humanity? It felt really awesome for me, I'm sure it will for you as well.

Catch Quezon's Game, still showing on theaters, NOW! Suportahan po natin ang pelikulang Pilipino, lalo na ang ganitong klaseng makabayan at makabansa. Take my word for it, your few hundred bucks will be so much worth it with the fire that it can give you and the pride and hope that you can get amongst ourselves as Filipinos.
***

My prayer goes to all the departed Jews in the war and concentration camps and their families who survived and are continually saddened by how their loved ones ended.