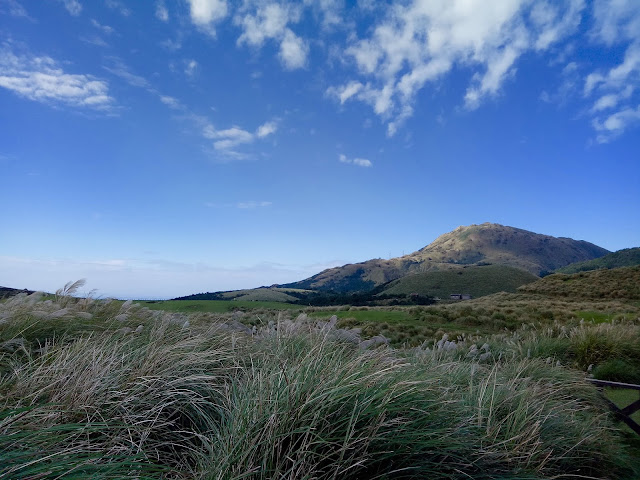 Last Autumn, I did a solo hike along the rolling hills of YangMingShan National Park (陽明山) just a few miles away from Taipei. From Jiantan Station, I rode a bus that took me straight to QingTianGang Circular Trail which is high above the mountains and you can get a bird's eye view of Metro Taipei.

How to Go to YangMingShan National Park: From Jiantan Station, walk towards Exit 1 (Shilin Night Market) and walk to the left side of the train Station. You can ride the city bus R5 or the smaller buses marked as S15 or S17 which I rode that took me all the way to YangMingShan Station. It cost me a very cheap price of 15 NTD (0.48 USD/ 25 PHP) that's why even if I was standing the whole zigzag road all the way up, I didn't mind it at all. 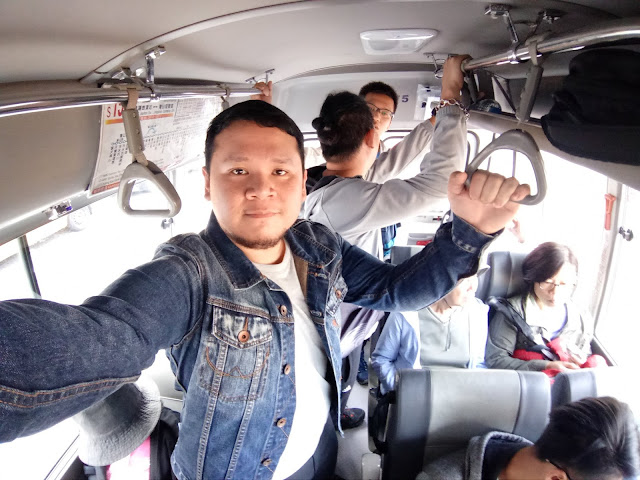 Me at the S15 bus to YangMingShan National Park


During Spring, a lot of cherry blossom trees or Sakura line up the National park and showers its slopes with beautiful flowers. Summer gives it a lush green foliage due to the thunderstorms that happen across the mountains which gives it a more livelier spirit.

Since I visited during the late and short Autumn season, it was the silver grass that emerged victorious to my sight. I have always been dreaming of a colorful autumn but I was quite late to see the red maple trees and other hues of yellows and oranges. But yes, the silver grass were as glorious as they were. 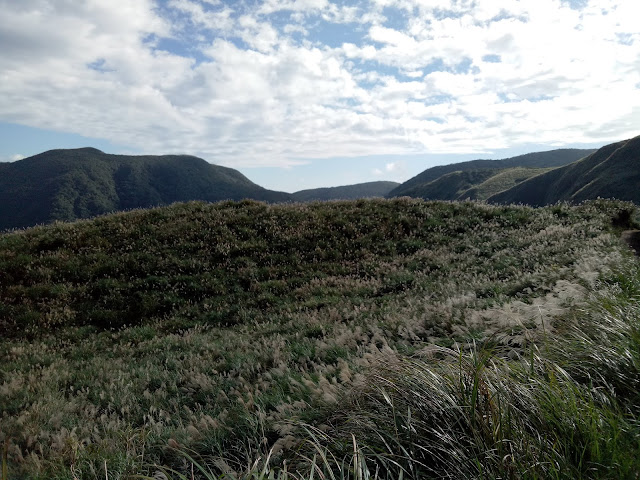 I was all alone walking around the trail that weekday but there were a few families marching under the clear skies with their kids and loved ones, some where even kind enough to take pictures of me. It may be quite hard to do solo trips like these but at times, it can be very peaceful and detoxifying. 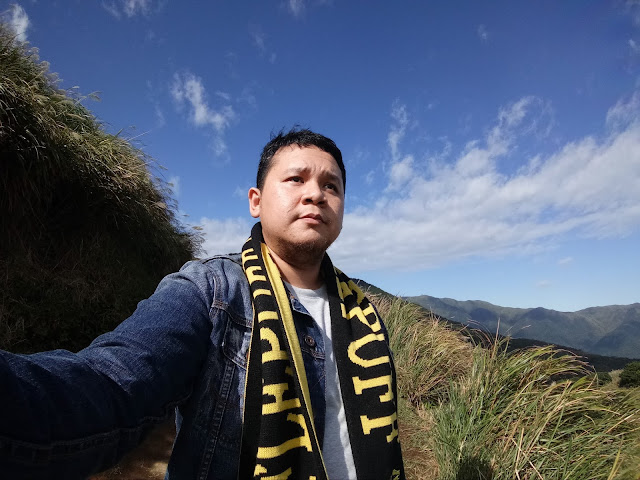 Blue skies above me


The views are amazing with all the silver grass that are growing along the the mountains. It was a very cool day and I had a really great time on the mountains that morning. I did several trails but every trail was a different flavor. Even if all of them had silver grasses, every trail gives a different angle so it was all worth the try. I am so happy I was able to bring my Hufflepuff Pride Scarf that I got from Universal Studios Japan and it complemented the deep shades of blue in the sky. 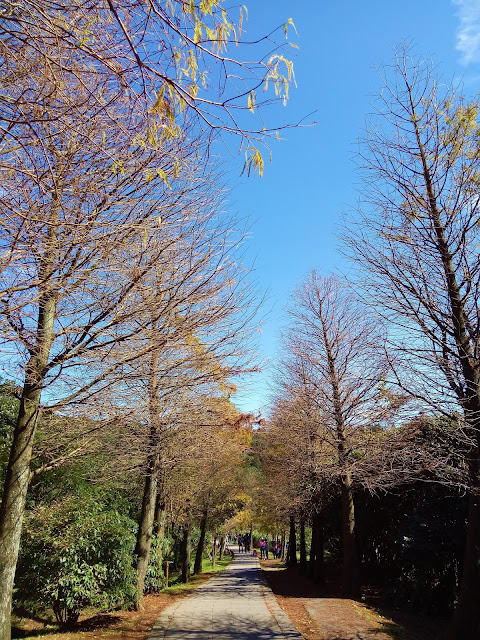 To my surprise, walking towards the LengShuiKeng Recreational Area from the QingTianGang Trail brought me to this amazing view. I know it's not as colorful as one dreams of autumn would be like, but this was enough to make my heart smile. It may not be the time to see an array of warm hues that trip for me, but living in the tropics for all my life, this made me happy. Still, I hope that someday I can experience a very colorful Autumn somewhere in this world.

How to get back to Taipei: Buses will also pass by LengShuiKeng Recreational Area which can take you directly back to Jiantan Station in Taipei. The fare is also 15 NTD and just be ready to ride their buses standing because their city buses are usually lined with just a few seats, most of them are for elders. 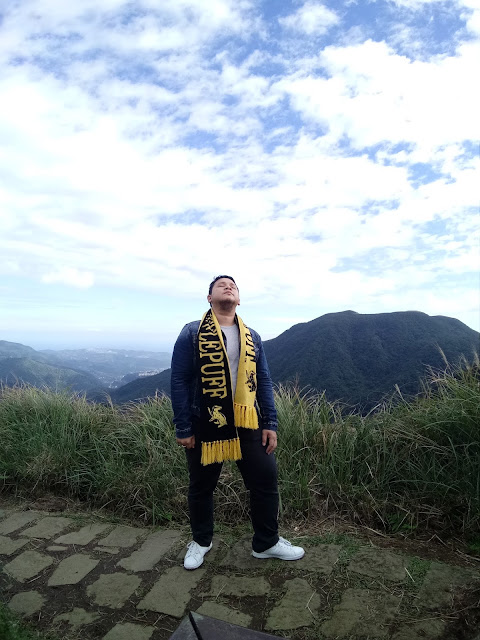