Sightseeing Taipei - A Half Day Itinerary

It was my 15th country/territory, Taiwan was. Since the island nation above the Philippines has opened its doors to Filipinos last 2017 and imposing a temporary visa-free policy for a year which was then extended to another year from July 2018 to July 2019, many Filipinos, including myself, made plans to visit and see what Taiwan has to offer. 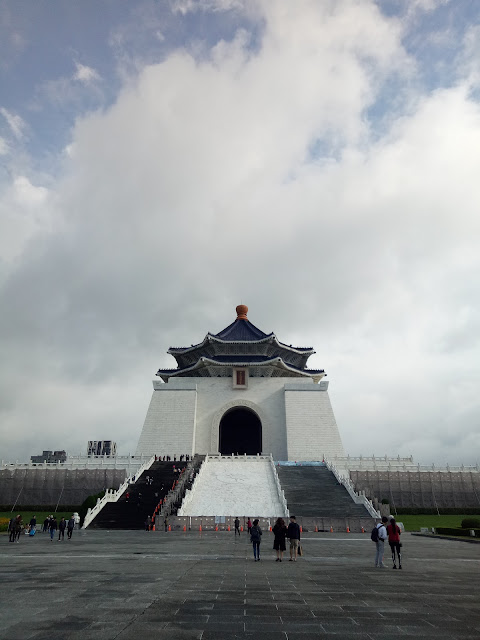 
Officially the Republic of China, Taiwan is the place where the nationalist leader Chiang Kai Shek fled to exile and established the Chinese republic when the communist party led by Mao Zedong took over the mainland. through the years, Taiwan went nowhere but up and the success of its industry and finance has fortified the nation into being one of the richest countries not just in Asia but in the whole world.

Me and my cousin Ate Judy flew to Taipei last November 2018 and we spent the first day looking around the capital city of Taipei. We flew in via Cebu Pacific Air on their earliest flight from Manila. 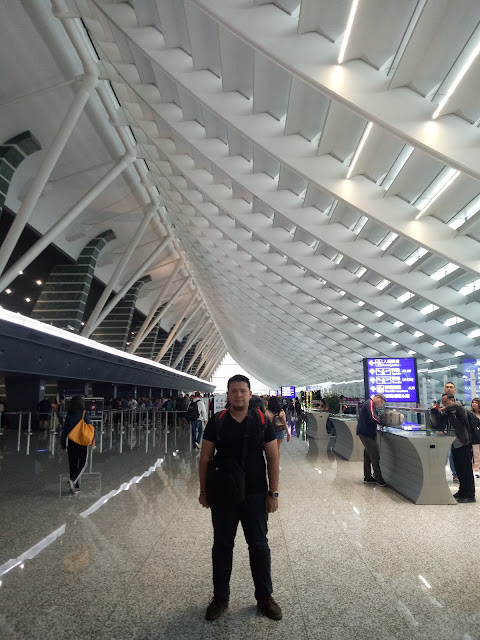 
From our place at Minquan Station (we stayed here for 4 days at a private room at a condo via AirBnB), we took the Subway all the way to our first destination which is the Chiang Kai Shek Memorial. via the Red Subway Line, it took us just 5 stations to reach the memorial hall which is one of the major landmarks of Taiwan.

Chiang Kai Shek Memorial Station is a junction for both the Red Line and Green Line of MRT. 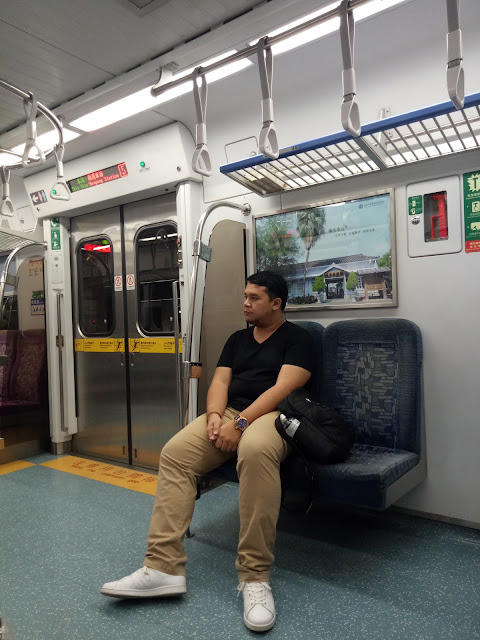 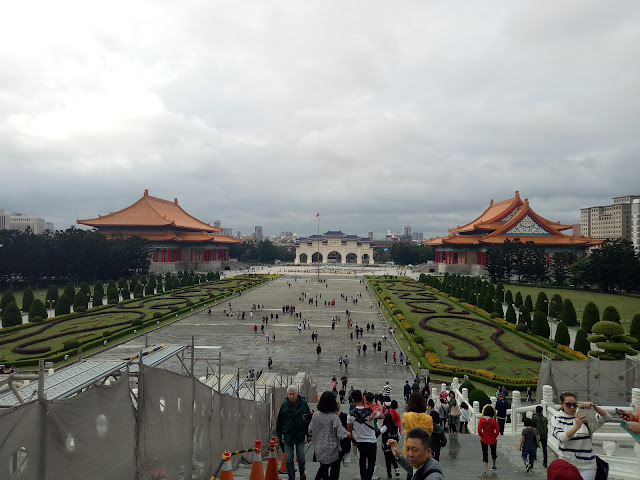 
The complex was vast! Aside from the memorial hall, there are two halls that are built in traditional Chinese style, the National Concert Hall and the National Theater Hall. They were not open when we visited so we were not able to explore whats inside both halls.

When me and my cousin continued walking through the entrance to the complex from the station, we saw our high school classmate and friend April who has been living and working in Taiwan for 7 years now. She is accompanied by her boyfriend Roilan and it was a happy moment to see her after so long. She went all the way to Taipei from Hsinchu just to see us that afternoon.

There is no entrance fee to pay when visiting the Memorial complex, even through the Memorial Hall and the museum that is located at its base. I think it is a must to visit this place which is why it is also the very first landmark we visited not just for its beauty but to give respect to Taiwan's leader Chiang Kai Shek. 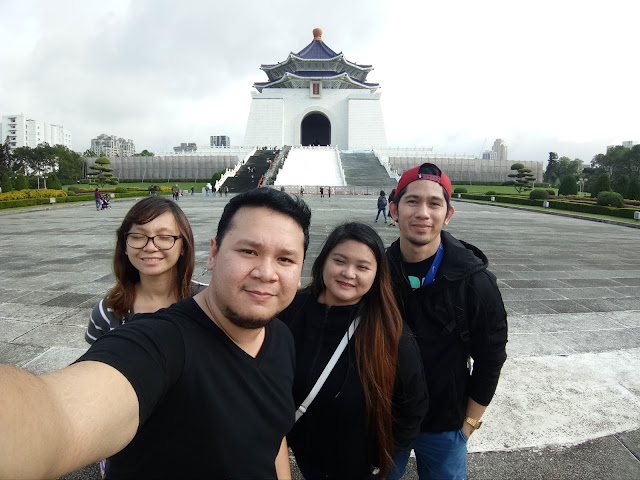 Climbing through the stairs at the Memorial Hall, it led us to the tomb of the Nationalist leader wherein a changing of the guards ceremony is taking place. Everyone was quiet and solemn as we all silently watch the ceremony. Travelers from different nation were present during that afternoon's program. 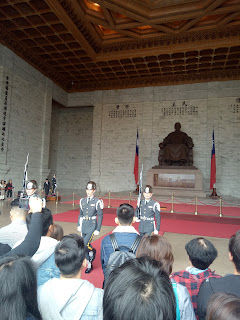 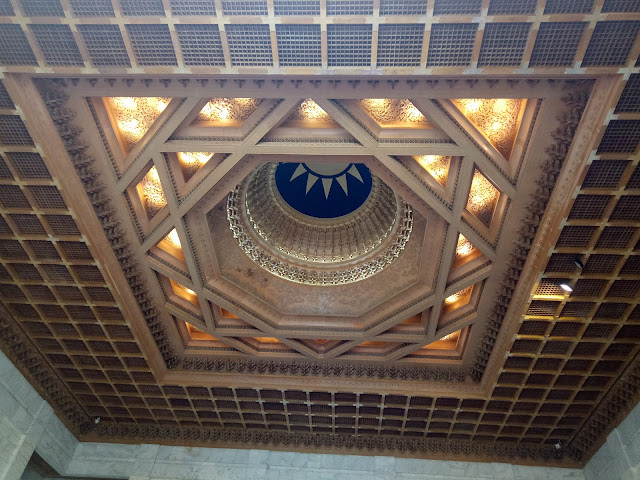 
After the ceremony, we decided to go down and visit the museum that is housed right below the tomb, at the hall's ground floor. It has an exhibit of photographs and memorabilla related to the life and legacy of Chiang Kai Shek. I really did enjoy the exhibit that shows his garments and clothing that showed a fusion of both traditional Chinese clothing and modern day attires. 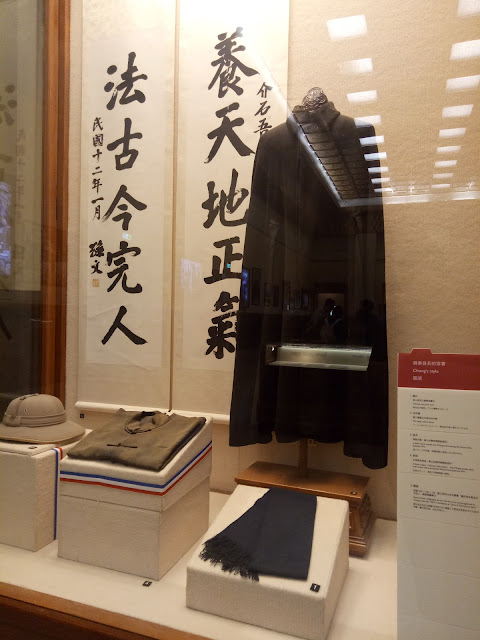 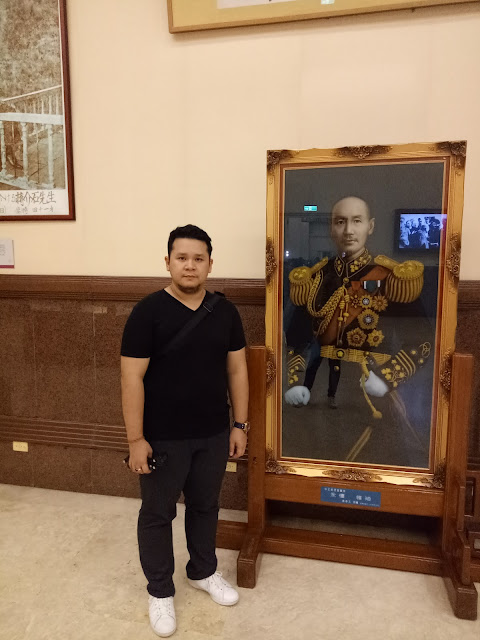 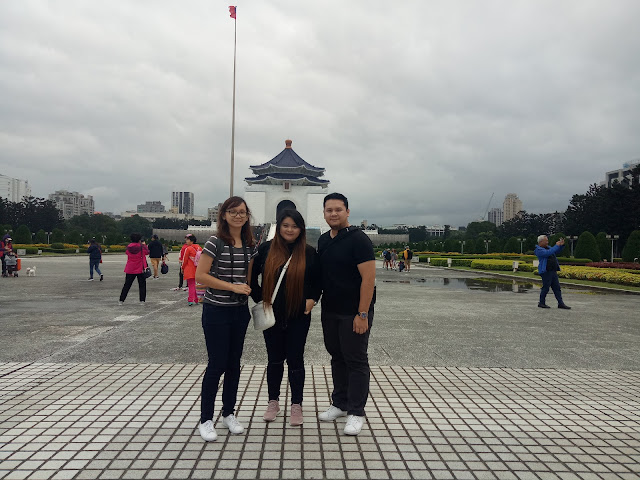 
We then said our goodbyes to April and Roilan and me and my Ate continued on our adventure around the city. We then went to Taipei Central Station where we are about to ride the Taipei Sightseeing Tour - Hop On, Hop Off Bus. We got our tickets at Klook.com. They have a 4-hour ticket which costs Php 450 while a 24-hour unlimited pass costs Php 899. We purchased the  24-hour unlimited ride with stops at major tourist attractions in the city.

Our first stop is Ximen Junction wherein we visited the famous and historical theater called The Red House. It was constructed by a team led by a Japanese architect Kondo Juro which was originally made to become a public market. It was then turned into a theater and now, a museum and cafe. 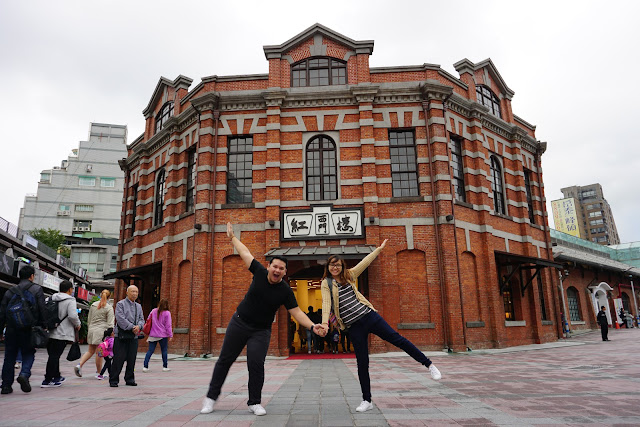 Me and my Ate Judy at The Red House

Ximending District is very busy and I can even compare it as a quainter version of Tokyo's Shibuya Junction. Shops and restaurants lined up the streets and smaller alleys led to a lot of other stores and establishments. It was full of life, especially at that time of the afternoon which was about just an hour before sunset. 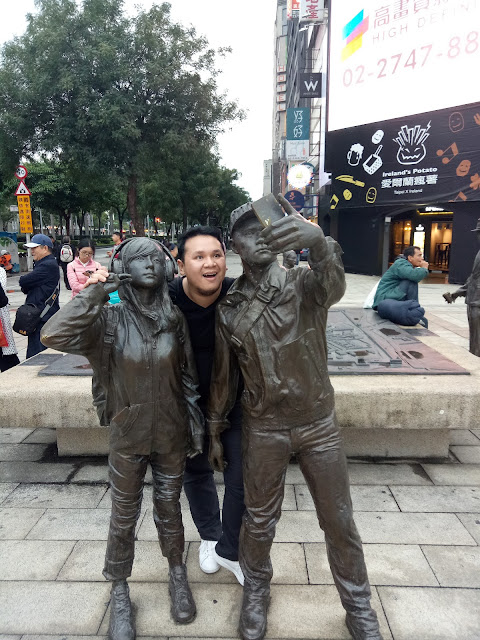 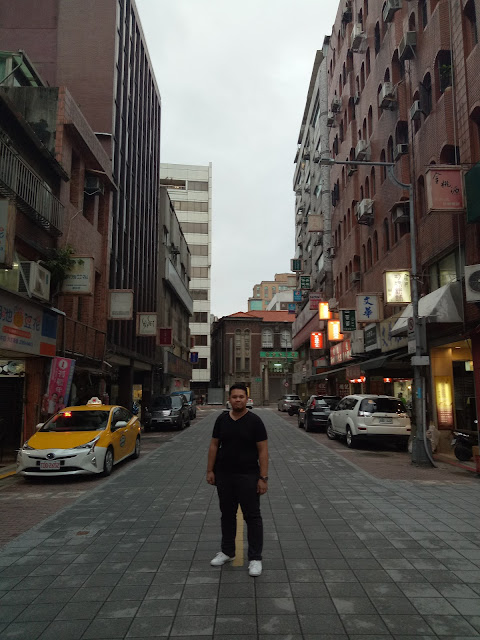 To be honest, we were not able to maximize the 24 hour ticket that we purchased because we started the bus ride late at around 5 pm and the last round trip is at 7:30 in the evening. But nonetheless, we can say it was worth it because we did a round trip sightseeing on it's final trip and we were able to see the sights of Taipei during nighttime, it was beautiful!

The last full round-trip that we did was on the Taipei Sightseeing Tour Bus's Red Line. It starts and ends its route at Taipei Main Station and passes through important locations such as the Ximending District, Taipei 101, and the Sun Yat Set Memorial Hall. 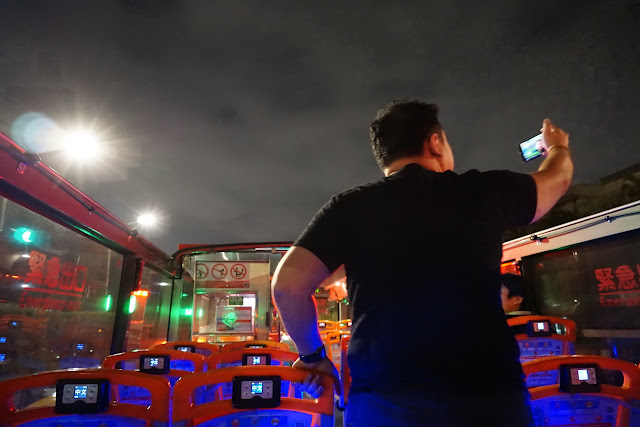 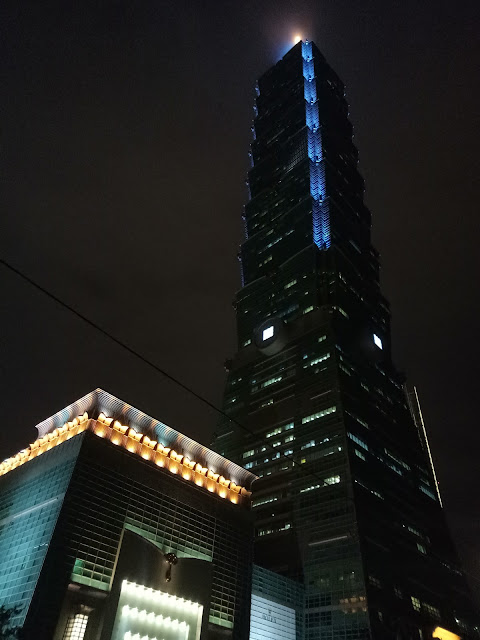 Just like any other East Asian country, Taiwan is a well developed nation and truly one with the first world. Its infrastructures and efficient public transport makes it not just a good place to visit and travel to, but also a perfect place to live and work in.

Locals are very nice and disciplined and a barrier I did experience was language as to not all locals are fluent in the English Language but if you are lost, it's not hard to find a younger generation Taiwanese which can help you find your way.

Visit Taiwan, and experience 'The Heart of Asia' 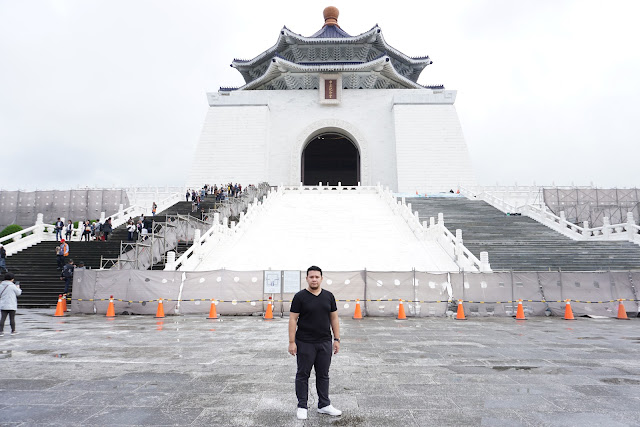