Cavite's Centennial road in the town of Kawit is starting to become a food hub for everybody since the Cavite Expressway opened a few years ago. Restaurants and known fast food chains lined up the sides and one of these is the Manila based Luk Foo. Located at the Puregold building at the Lancaster side of the Kalayaan intersection, this Chinese restaurant offers dishes that are both delicious to the taste and enticing to the senses. 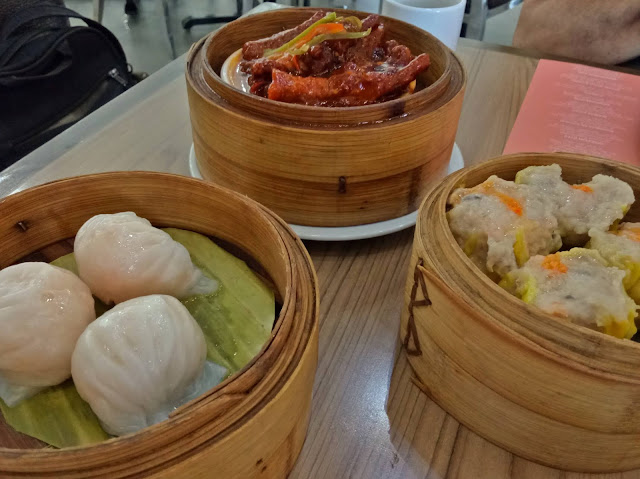 
Right after my uncle's funeral a couple of weeks ago, we decided to have late lunch at the Kawit area to avoid the rush hour traffic at the coastal road. It was me, my dad, my brother Wilson, and my uncle Carlito who had our delicious Chinese lunch that sunny afternoon.

We decided to start with the dimsum menu, well anyone would right? Let me run you down with the dishes that we had on our lunch table. 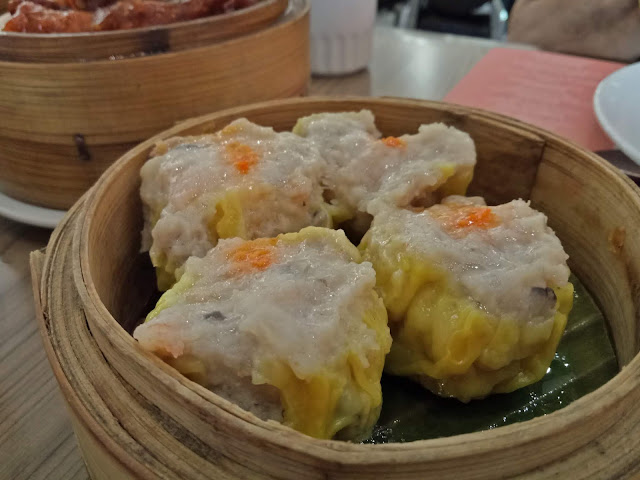 
Bigger than the usual, but not as the big ones I had. You really would see big chunks of prawns but everything was made soft on the palette. As a personal preference, I really like my siomai with bigger chunks of pork and not just the shrimp. Pork chunks give it more character and a special skill should be known as to how one could bind such chunks into a small cube of meaty goodness. Nothing special about this one. 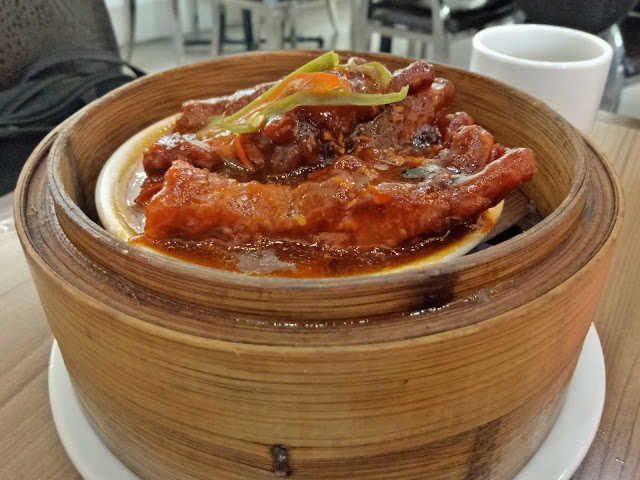 
This one is something I like. I'm not a fan of the tausi taste which is very rampant on chicken feet dishes, but what I like about this one is it is more on the sweeter side than the tausi side. It almost reminds me of a barbeque marinade flavor which is an absolute favorite taste for me. Thumbs up on this one. 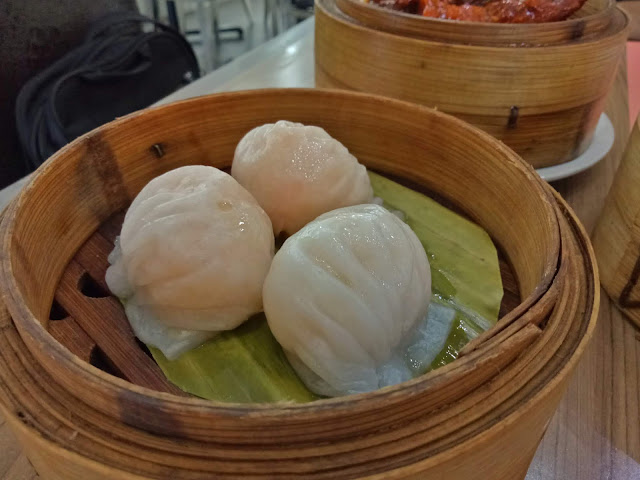 
Hakao is another dumpling which unlike the siomai, does not have pork. To describe it, it's simply softened shrimp encased in a very soft, translucent wrapper (and I do mean very soft) and served hot and steaming. This is also the reason why I am very much intrigued with the size of their hakaw because it is way bigger than the usual hakao I see. I took a bite and then I realize that it is not the usual hakao. The shrimp was ground and I could swear there is some pork in there as well. It may be different from their siomai but this is not the hakao I would line up for. 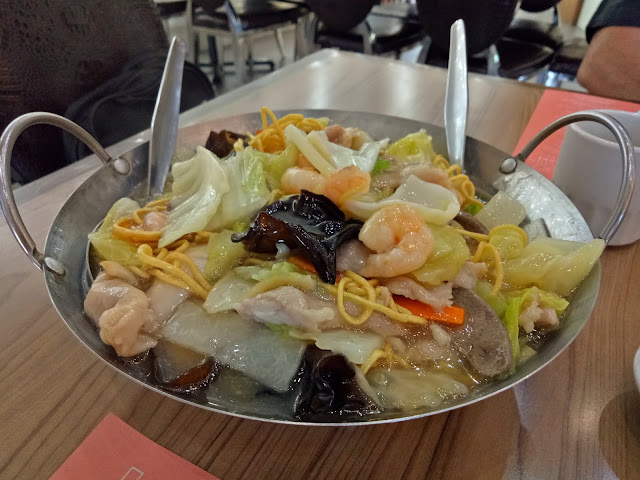 
One of my staple dishes on any Chinese restaurant. Who likes soggy noodles right? So noodles served crispy, dunked under hot piping savory sauce makes its consistency perfectly tender yet still has that suppleness. This one is available in seafood or assorted meat. We got the mixed one so it had slices of pork, squid, prawns, and mushrooms. 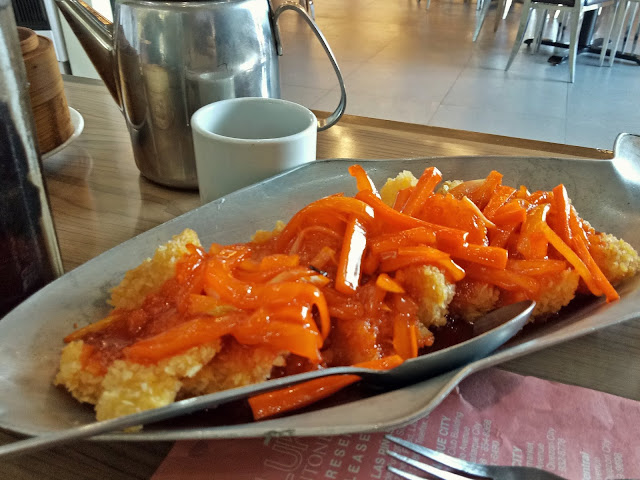 
Another thumbs up dish for me goes to this fish fillet dish. Truly a fusion of sweet and sour, they did the perfect ratio of each of the two tastes. All the flavors that the sauces complemented the natural flavor that comes out of the fish that was first deep fried and then served with the sauce on top. Some fish fillet dishes are served with the fish simmered with the sauce but having it fried first gives it modernity and I am sure that kids will not say no to it. 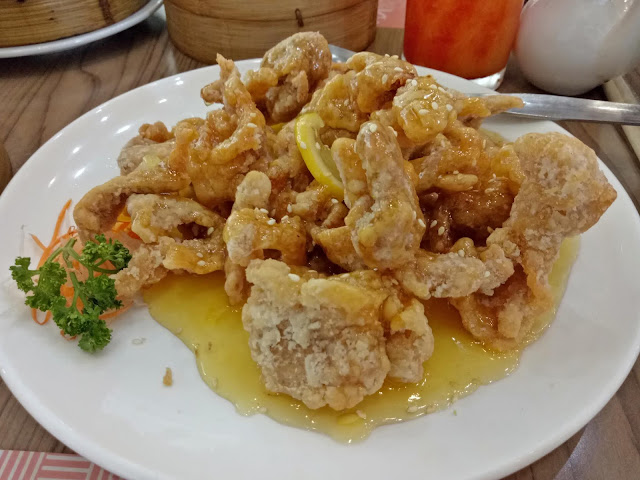 
Let me take you to a dish that you either hate or you love. Fried chicken strips under a sweet layer of lemon sauce is one of my favorites. The thing though about this dish is how perfect they combine the flavors of lemon and sugar. You can't be too lemony or else you'll serve up an acidic plate, or too sugary or it will taste like lemon drop candy. Luk Foo's was almost perfect but a little bit leaning to the candy area. I guess mixing white and brown sugar will do the trick, though the color then will be the issue. I'll leave this one to preference. 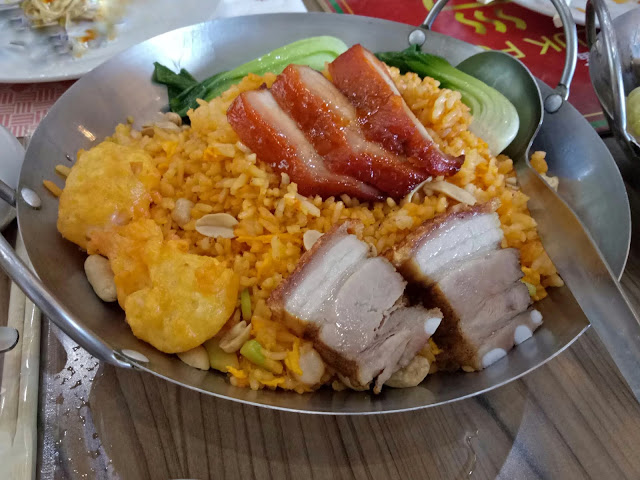 
We had a choice between the usual Yang Chow and their house special fried rice. I asked my brother to opt for their house specialty just because we can't order that on another chain right? So it's the usual egg rice topped with lechon kawali (deep fried pork belly), slices of peking duck, salted egg crusted shrimp, and pieces of Bok Choi. I'm doing a keto diet at the moment but I did taste their rice, the taste of the eggs really wrapped every grain of rice which is a big requirement for fried rice, well for me, so this is a good one.


We surely will miss our Uncle Asiong, my dad's younger brother. And we remembered his life that day and capped it with a hearty meal all for him. The place is well air-conditioned even under the scorching heat of a May afternoon so over-all, we did have a good dining experience. Will I go back to Luk Foo? I would say yes! But I would redo our whole order so I can get to taste other dishes that they serve, besides, they do have a long list on their menu. 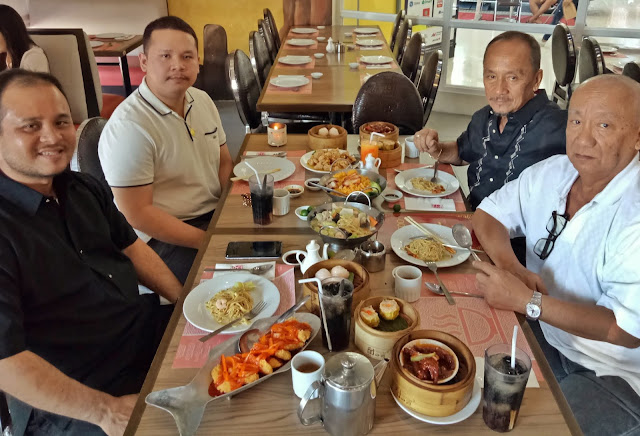 My brother Wilson, Me, Daddy, and Uncle Carlito