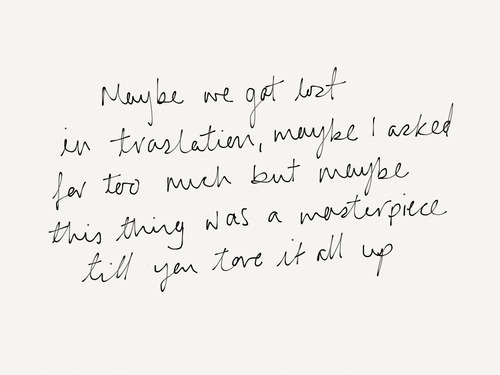 Sometimes we give in to some things we wished and hoped for, never knowing if it really has the same ends to what we had in mind.

Sometimes we spend all our love to something or someone who we thought will be there no matter how things change or time flies.

Somebody who we were astounded as to how we wished someone as we pictured them in our every prayer.

Something oh something just did felt so real, and really! It was real.

Somewhere, there is someone hurt, maybe both are hurt but there is always that somebody who's had it far worse.

Someday, somehow things might have appeared torn and broken up, but wishes it will all be better.

Though someday until the end, some memories may just be blurred out but some scars from some hurt will always be there, somewhere there.