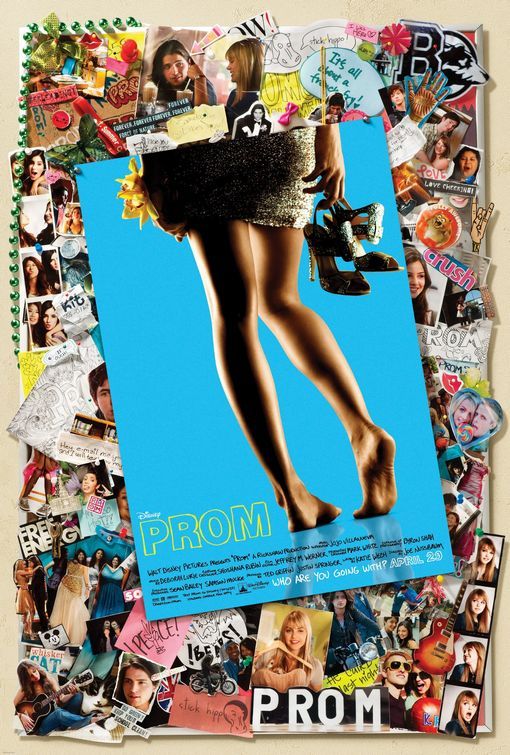 Disney's Prom was a good movie! I have always been a fan of Prom themed movies and some of the actors did quite a good job. It was a fusion of several Prom stories that happened on one school, one prom. I personally love the displays on the Prom Night and their Theme Starry Night! It was really classy for a High School prom. The story ended with the jerks got shamed on and the good guys had a great time, great night!

I always loved watching Prom themed movies! Even if the stories are not so perfect, these prom movies just fill up my longing for great prom experiences and memories that I didn't completely get when I was in High School! Yes! We did had our own Prom at my High School. Yes it was memorable but not because it was magical nor spectacular. I know we have been privileged to have such events but it was more of a prayer meeting for all of us. I Love God and I have nothing against prayers and sermons BUT NOT AT PROM. Prom is supposed to be a memorable night for Juniors and Seniors where we feel like classy and elegant young men and women just in the time of embracing adulthood through dances, food, partying and partying. But it turned out to be, in my school's case, was just a scripted, event filled with rituals that are too practiced and worked out wherein we really didn't get to feel so much ourselves.

We were wearing our coats and the girls, their elegant dresses but after the cotillons and the rigodons, as early as 10 in the evening, the party will be cut off by force and it will all be up to us, usually, off to our houses. Not much partying, not much dancing, not much enjoying. If only I could turn back time, I would have done something about it, but of course, our school was so much conservative that even the songs being sang at the event just undergoes strict checking and censorship as I may say the least. But of course, at the end of the day, I still get to have some great memories with my high school friends which is, to the least, worth all of it!