As a part of our Graduation Celebration, me and my High School Friends which are my Elementary and Kindergarten Friends as well, together with my Brother Wilson, decided to go up far North of the Philippines, Ilocos. I have been there twice but that was a very long time ago, 2000 and 2002.

We Boarded Farinas Transit and left Sampaloc, Manila at around 11:42 pm last Sunday, April 4th. It was a very long ride but our Bus was very very fast enough to get to Laoag City at around 9 am, the Capital of Ilocos Norte. Then a few minutes later, we got fetched up by Manong Rito, the Owner of Balay ni Carol wherein we stayed for the First Night. The House was very very Nice! Manong Rito and his very nice wife told us that it is not a hotel, it's like home away from home. And with their kindness and service what they told us was more than true, it's not just the home, but they became the family we had while staying at their place.

In the afternoon, after refreshments and some Lunch, we hoped up Manong Rito's car and he dropped us at the Jeppney Station going to Batac City, about 20 minutes away from Laoag. It was a long Jeepney Ride and we were looking quite haggard when we arrived. We went to the Marcos Mausoleum were his body is laid to rest and is open for Public Viewing, yes, his body is still at its perfect humanness. Rumors say that it is not his real body and just a wax figure but whatever it might be, the important thing is the remembrance of the late president which is evident throughout the whole Monument. We then went in the Marcos Museum, full of facts and memorabilia of his existence including this American Flag at my back. 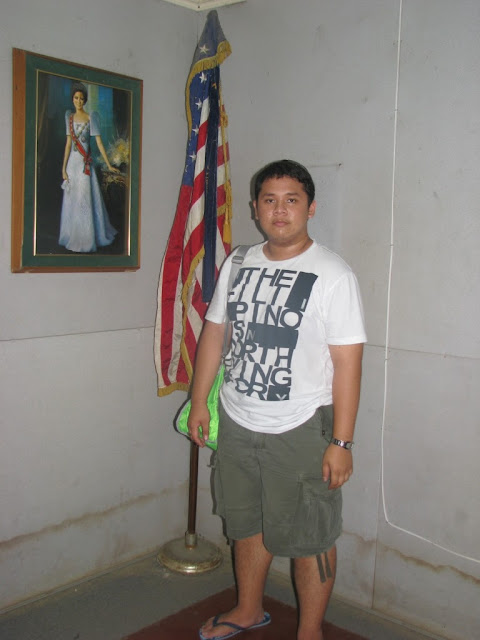 The American Flag together with a Portrait of First Lady Imelda Marcos
inside the Marcos Museum at the City of Batac, Ilocos Norte
After our Historic Tour on the Marcos Museum and the Rest of the City of Batac, we rode a jeepney again but a shorter trip to the town of Paoay, Ilocos Norte. In here, you can see the Paoay Church which is one of 8 UNESCO World Heritage Sites here in the Country. The Church was vast and truly magnificent! Every Shot I did, whatever angle, was truly amazing. 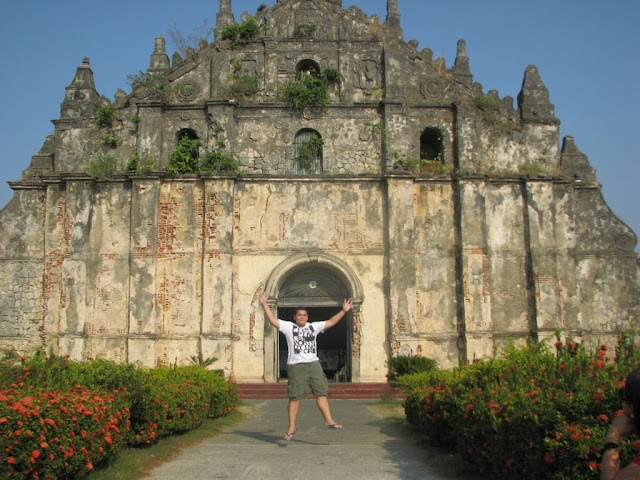 Me at the Facade of the Paoay Church 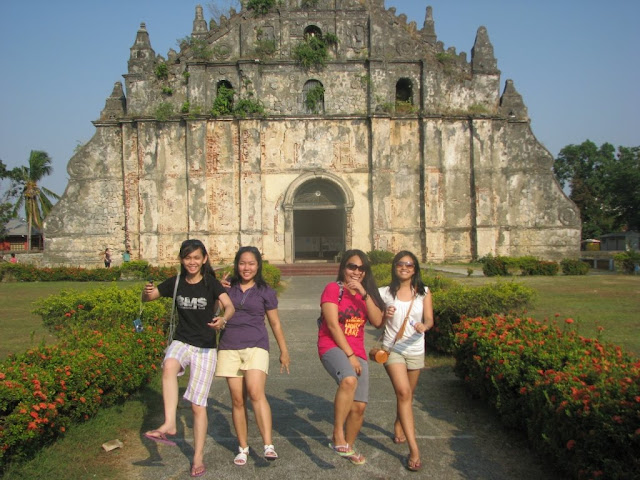 My Cousin Judy and our Friends Myrcel, Lea and Ivy at the Facade 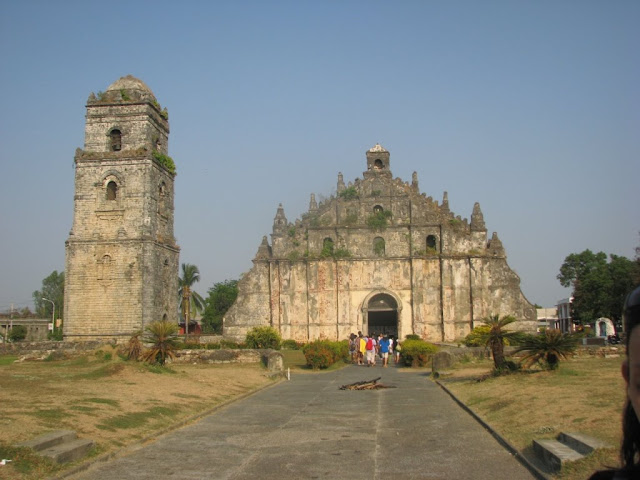 The Whole Facade of the Paoay Church with the Bell Tower. 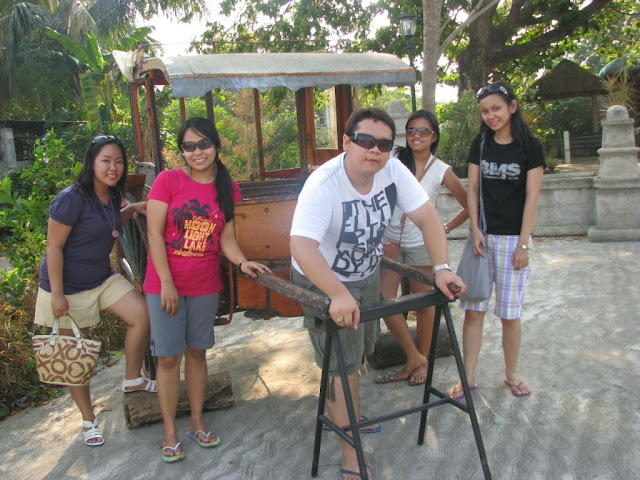 Me together with my Friends posing at the Ilocoano Calesa
The first Day was truly tiring and as we went back home to Laoag, I really felt sick and my diarrhea was striking me bad. But then at Night, we went around the City and Grabbed some delicacies like Bagnet (deep fried pork), Miki (Egg Noodle Soup) and Empanadas (Deep Fried Pastries filled with Longganisa, Papaya, Monggo Beans, and Egg. We went back home for a good night's sleep and praying that I'll be way better the Next Day.
By Stevenson Q