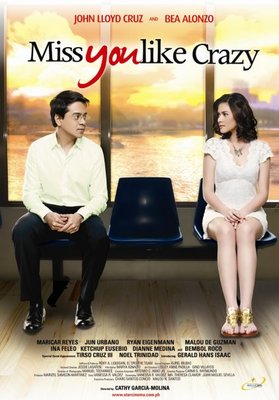 I have always been a fan of John Lloyd Cruz and Bea Alonzo and their Love Team and I was truly delighted by the news that they will have a come back movie as a love-team! Just having watched the trailer truly excited me so much and I told myself I'd be watching this in the movies! Then I saw the fact that it was filmed almost 3/4 of the movie at Malaysia, a very big Plus for me of course. I've always wanted to see Kuala Lumpur.

Then we went earlier to SM Rosario to watch the movie with my friends. It was great! Their scenes are as usually great! Very very great actors! Beautiful Story about Destiny and of course, Magnificent Malaysia. But the best thing about the movie is the lasting feeling that it marked me even up until now as I am sharing this rant to everyone! Here are some screencaps from the Movie: 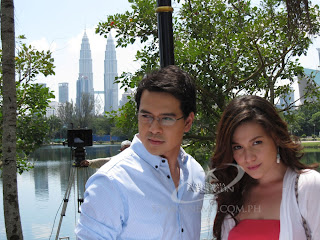 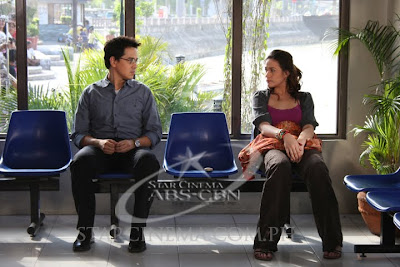 Allan and Mia at the Pasig River Ferry Station 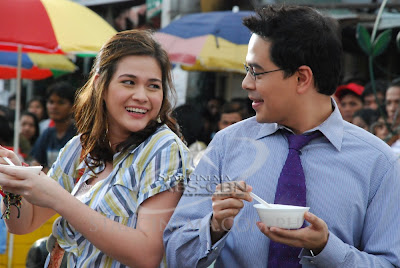 Allan and Mia on the food kiosks in front of PUP


I'll be leaving you all with the line Allan said to Mia on a scene at a park at Kuala Lumpur, It goes something like this:

GORDON and Gibo on DLSU-D 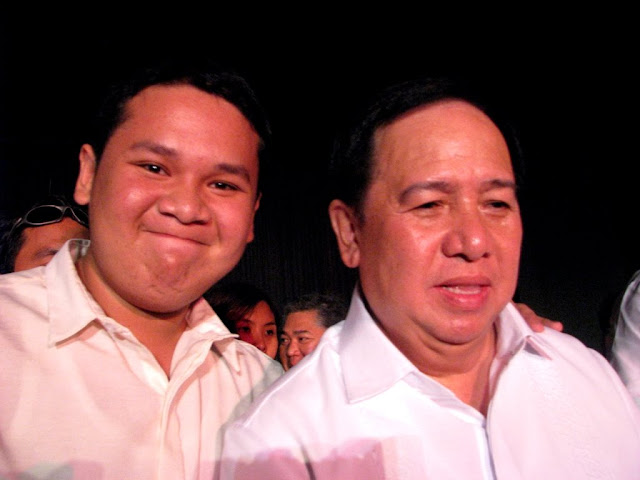 Me and Senator Dick Gordon

8 Presidentiables , 2 Brave Candidates, 1 School. Our University, De La Salle University - Dasmariñas, held the DLSU-D Presidential Forum 2010 this afternoon and Sec. Gibo Teodoro and Senator Richard Gordon attended out of all the Presidentiables. Students were informed by their aspirations for the country and we were all enlightened.

I would have to admit that Gibo was also great but of course, nothing beats Gordon. He is just so inspiring especially to young people like me! He never left us feeling idle but every after statement he says, he always end up being appluaded vigorously! I am very sure now that I had, and I will have the RIGHT CHOICE for the Country GORDON-BAYANI 2010!!!

I am very very Happy that my Candidate was there and I got to meet and talk to him face to face! ANIMO LA SALLE!!! ANIMO PILIPINAS!!!
By Stevenson Que No comments: This is the second time in Cavite Daily Photo that I have featured Yours Truly. This is it, the moment I have been dreaming all my life, Me on a Black Toga, Graduation Picture. After four long years in the University, I am about to receive my Bachelor's Degree in less than two months.

I thank God so much for giving me an opportunity to have parents and grandparents that supported my education from Kindergarten up to College. Also, without all my friends and all the people that believed in me, I will not be able to attain everything that I have right now, including you my fellow Bloggers, you made my College life fun. You gave me a way to get out of everything and immerse myself from scenes you deliver on my desktop!

I know this time means goodbye to schooling but I will forever be learning all of the lessons that life is to offer me. I am very proud of what I have accomplished, passed my course with flying colors and not being what a typical college student. Now, I want to extend all my gratitude to each and everyone of you. And I am hoping that you would continue supporting me in my journey of life.

CONGRATULATIONS BATCH 2010! THIS IS OUR TIME :D
By Stevenson Que 2 comments: